Lines in the Sand on Buffalo Bayou

Yes, we have alligators.

Reader Richard Lynn sent in these photos of alligator tracks on Buffalo Bayou. These photographs were taken recently on the north bank of what we called the middle meander. This is the big bend in the bayou at the eastern or downstream edge of Memorial Park. The indefinitely delayed “restoration” project proposed by the Harris County Flood Control District would fill in this meander, level the high cliffs, and reroute the bayou channel further south across the sandy point on the south side. 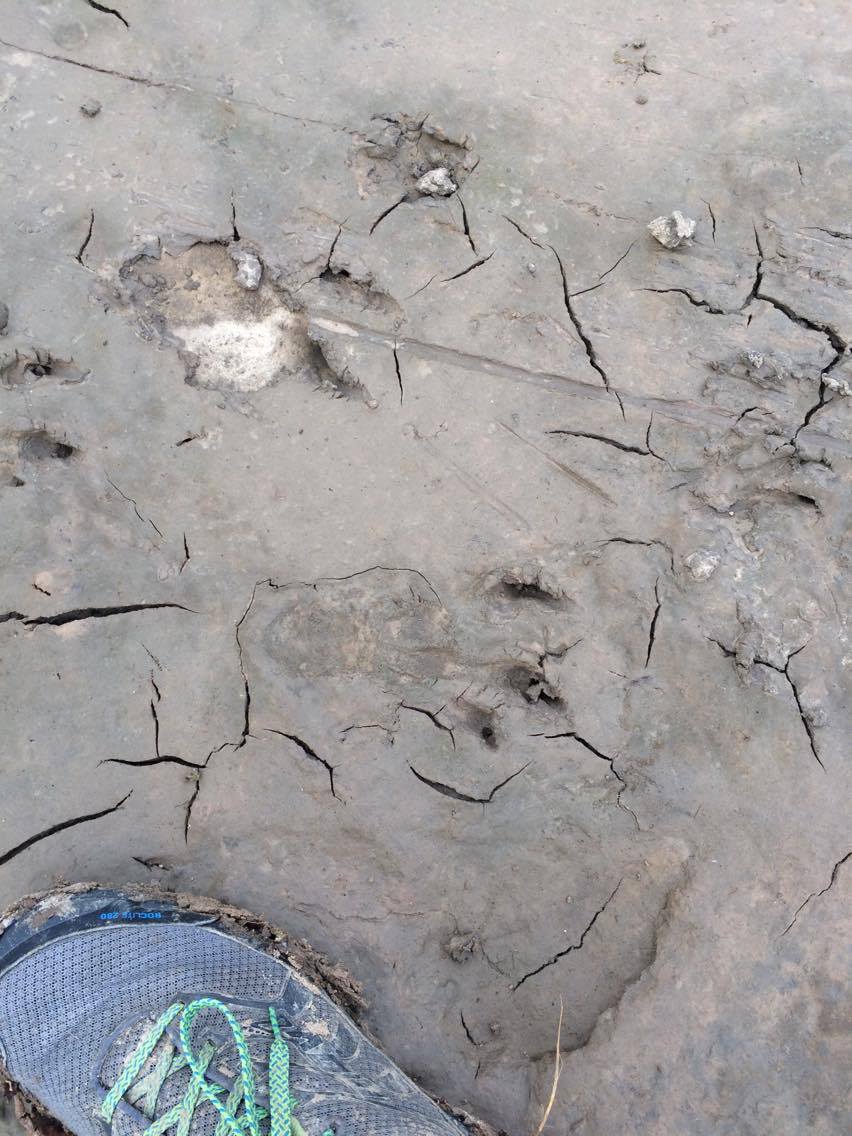 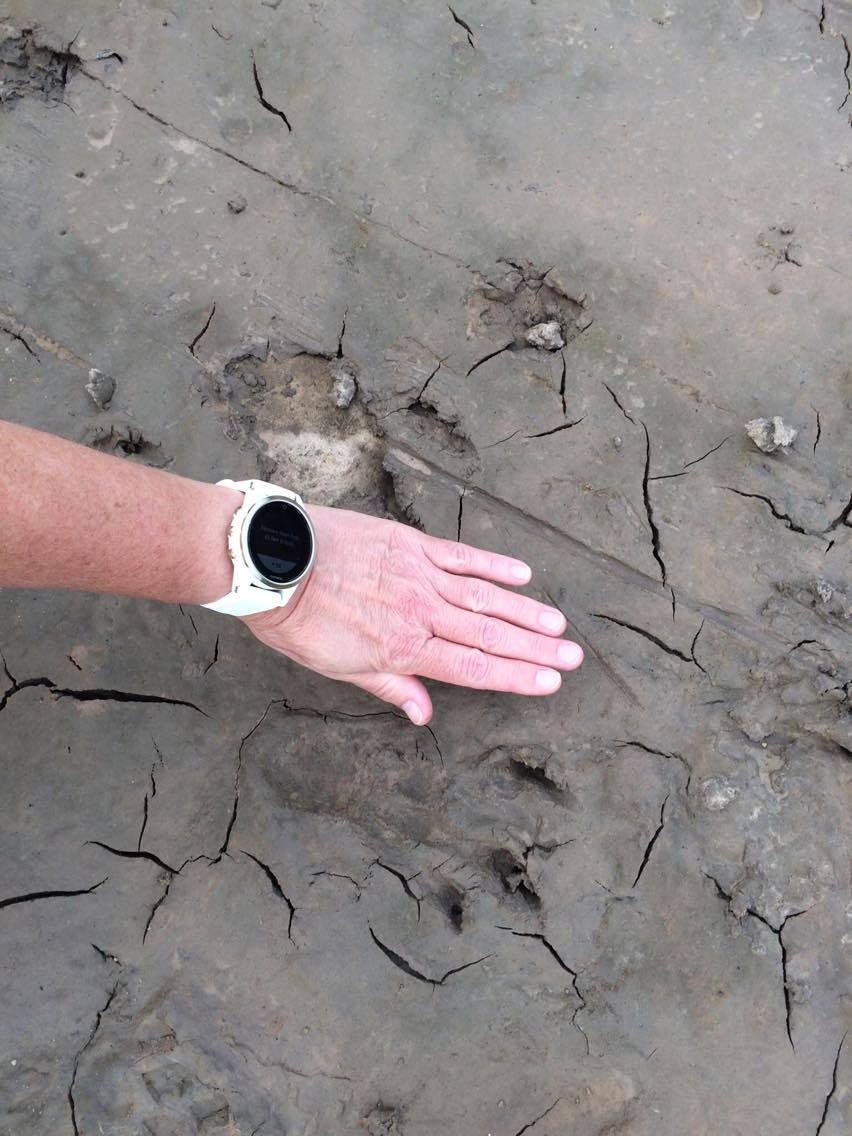 Another image taken by Lynn showing the scale of of alligator tracks. Lynn estimated the tracks were about six inches long.

Lynn, a runner in the park, says the footprints were about six inches long. A reader on our Facebook page familiar with alligators estimated this one was probably six feet long.

Here is what the Texas Parks and Wildlife Department says about alligators.

Note that Parks and Wildlife says that alligators are generally afraid of humans and would rather just stay out of the way.

Lynn later sent in some photos of tracks that are a little more mysterious. One of the pleasures of walking or paddling on Buffalo Bayou is the beauty of the patterns of tracks in the sand.

The big drag track, however, is obviously a turtle.

Drag marks of a turtle on Buffalo Bayou. Photo by Richard Lynn.

Small animal tracks with drag mark in the sand.

Pattern of tiny tracks in sand. Photo by Richard Lynn.

On a recent float trip down the bayou with geologist Tom Helm, we saw these strangely beautiful tracks of something that waddled, sidled, or slithered up or down the bank. 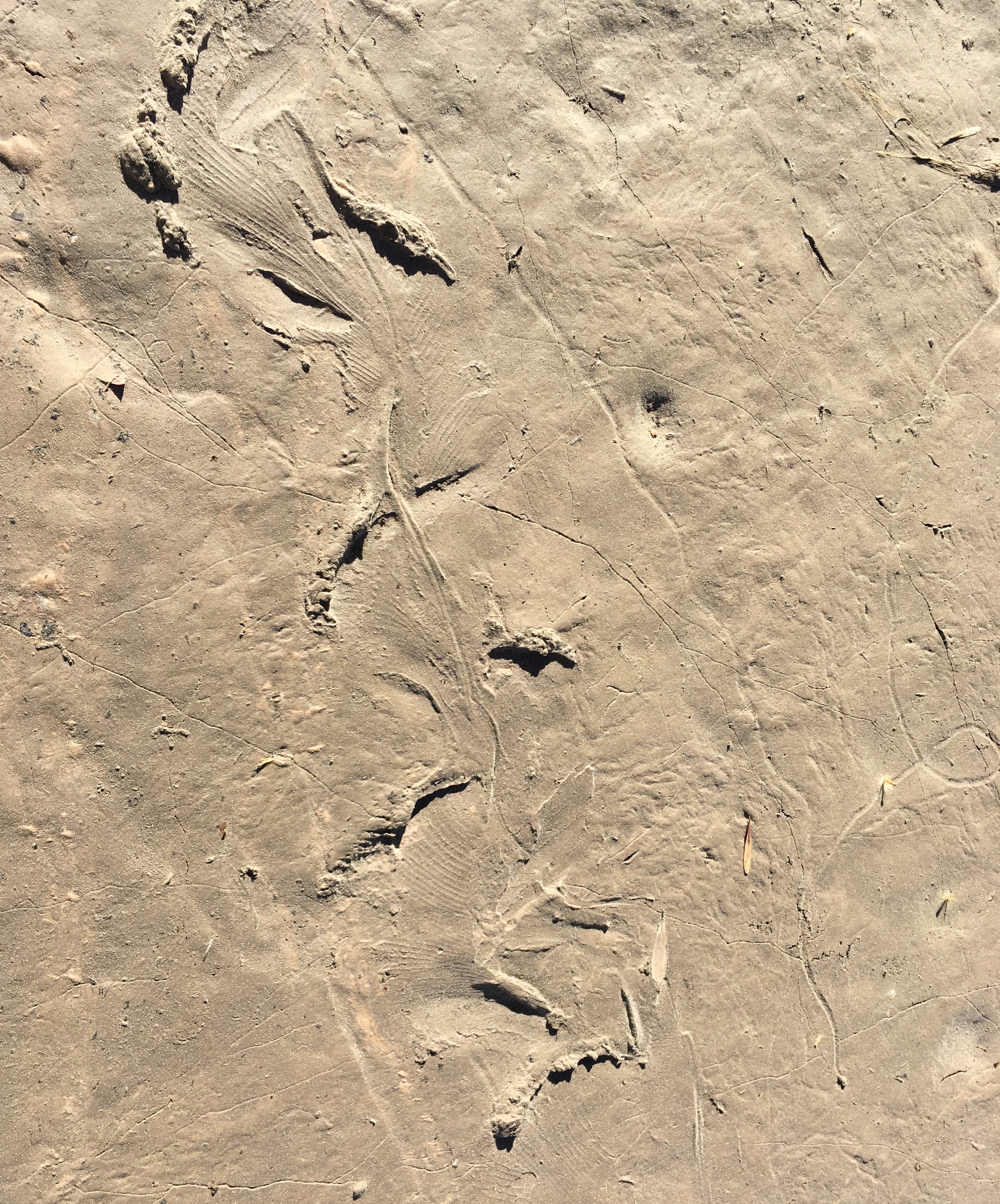