The private organization running Memorial Park appears to be taking the lead in promoting a questionable and unpopular project to destroy a historic nature area belonging to the public, one of the last natural stretches of Buffalo Bayou in Houston.

The private board of the Memorial Park Conservancy has hired as the park’s conservation manager Carolyn White, a former long-time employee of the Harris County Flood Control District, which is sponsoring the controversial bayou project. Last month White, representing the Conservancy, gave a lengthy presentation promoting the project at a Houston conference on urban streams.

The 1.25-mile project would raze the trees, vegetation, and ancient high bluffs, dredge, fill a lovely meander, and dig a shorter channel for the 18,000-year-old bayou flowing past Memorial Park and the Hogg Bird Sanctuary. This forested section is the largest stretch of a bayou running through the center of the city that is both accessible to the public and never channelized, a remarkable natural asset for Houston.

The flood control district describes the goals of the project as controlling erosion, stabilizing banks, reducing sediment, and improving water quality. The agency has been seeking a permit for the project from the Army Corps of Engineers under the federal Clean Water Act since 2013. Opponents of the controversial plan argue that the project is scientifically unsound and environmentally damaging, will achieve none of the stated goals, and eliminates a much-needed natural refuge in the midst of the city. They had hoped that the project had been dropped.

The Harris County Flood Control District’s plan for Buffalo Bayou flowing past Memorial Park and the Hogg Bird Sanctuary. The River Oaks Country Club golf course is on the south. Orange is fill and yellow is excavate. Not shown is the destruction of forest for heavy equipment access. The Memorial Park Conservancy is promoting the plan, called the Memorial Park Demonstration Project. Image created by the flood control district.

But apparently the project is still being pushed forward. A representative of the Corps says the agency has conducted an Environmental Assessment of the plan as required under the National Environmental Policy Act. Dwayne Johnson, regulatory project manager for the Corps’ Galveston District, says the Office of Counsel is conducting a legal review of the assessment.

An Environmental Assessment would result in either a Finding of No Significant Impact or a requirement that the flood control district conduct a full and costly Environmental Impact Statement. Johnson could not say when or if an announcement would be made about the decision.

Out on Buffalo Bayou early this morning, Saturday, March 18, 2017, with photographer Jim Olive. We were looking for our Spring 2017 shot of the same bend of the bayou we have been documenting for the last three years throughout the seasons. Flow was low base flow, about 150 cubic feet per second. Birds singing. Frogs burping. Squirrels quarreling. Warmth wafting off the water. Was foggier than Jim had hoped, and he had to be patient, as always, for just the right shot. We’d been waiting for a clear morning for days.

For the entire series see A Bend in the River under Photos and Films. This scene is in the historic nature area targeted for destruction and “restoration” by the Harris County Flood Control District, the Memorial Park Conservancy, and the Bayou Preservation Association.

An update on that costly, misguided project, which sadly still threatens, is coming up next. 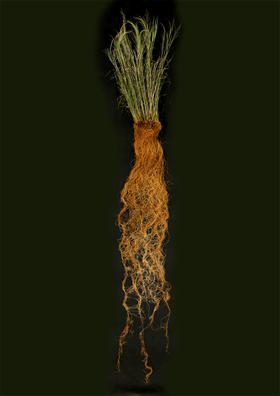