Must Be Spring on Buffalo Bayou

Went for a walk with a visiting friend on the bayou in Buffalo Bayou Park recently. Aside from the barren ruin of the landscaping from the Harvey flooding, it’s jarring to have summertime weather with empty, leafless trees and vegetation. But there in the bank along the walkway some tiny violets had sprung out of the sand. And if there were violets, there were going to be wild chives. And there were! Growing everywhere. Couldn’t help grazing and munching on the tender little onions.

Later on a stroll through the Old Archery Range — that part of Memorial Park just west of Loop 610 at Woodway — we saw what at first looked like fields of orange flowers poking up through the leaves. Upon closer inspection the flowers turned out to be mushrooms, odd column-like things poking out of an egg-like sac.

There are some delicious mushrooms growing in Memorial Park and along Buffalo Bayou, including the armillaria tabescens (or ringless honey mushroom) and the beautiful white oyster mushroom. But this wasn’t one of them. The strange fungus was definitely not edible. Our nature advisors Tom Helm and Bruce Bodson identified it as an octopus stinkhorn or “devil’s fingers.” Definitely not edible. And definitely did not smell edible. Especially after sitting forgotten in a plastic bag in a purse for a few days. 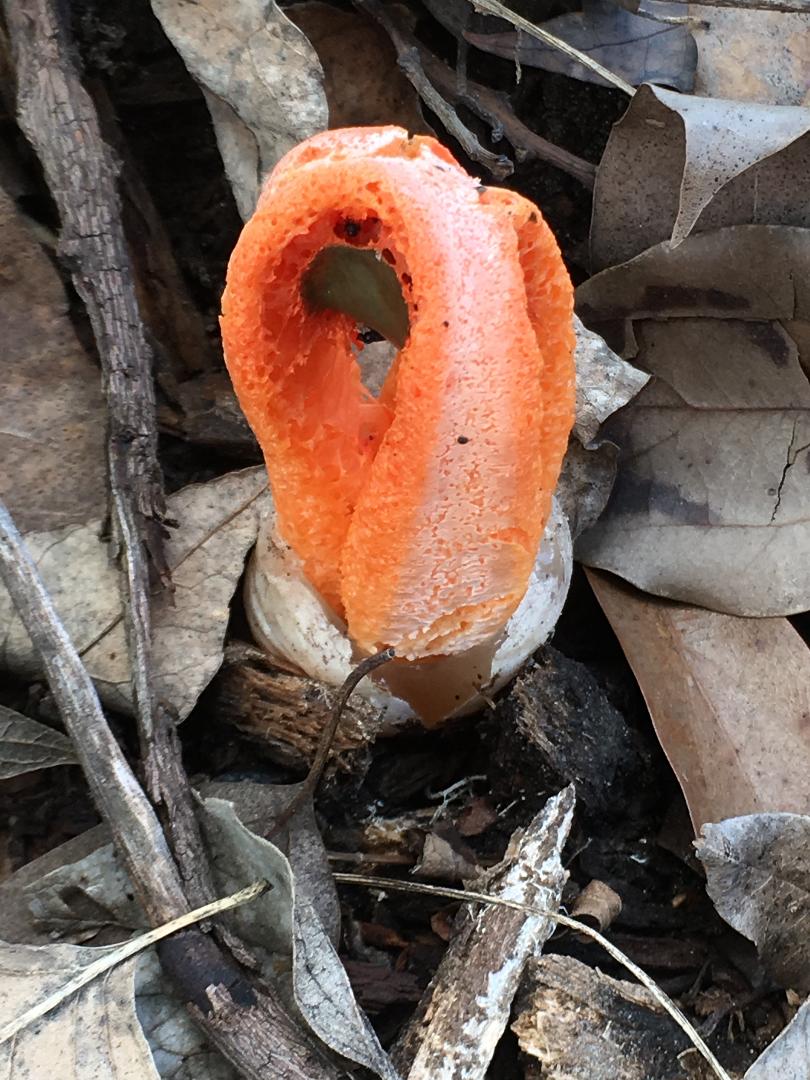 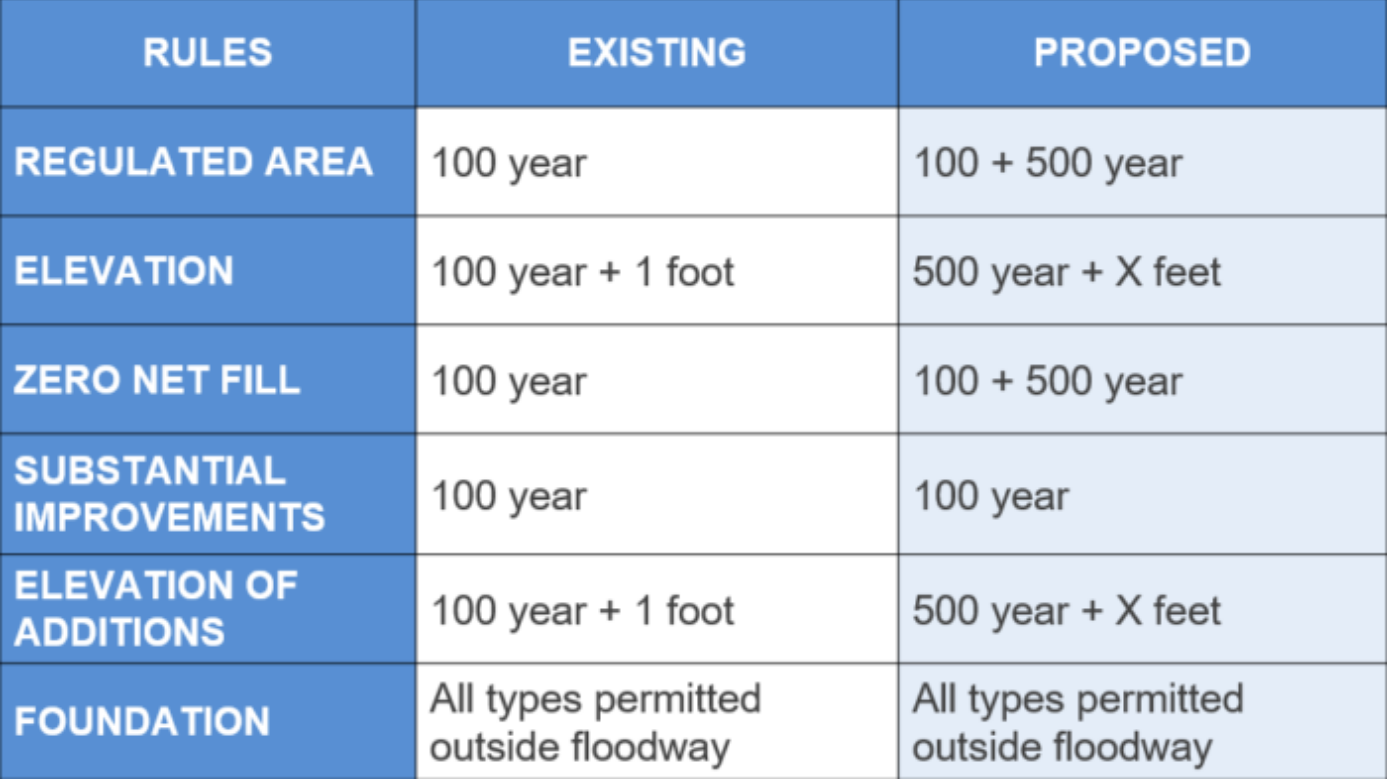 SBB On the Radio

Understanding Flooding and Our Bayous

Hot News: Save Buffalo Bayou and Corps of Engineers Agree About Something

Save Buffalo Bayou was on KPFT’s Open Journal on Monday evening. We had a lively discussion with hosts Duane Bradley and Sherri McGinty, who asked a lot of good questions about what Save Buffalo Bayou is doing now and how we are working to focus flood mitigation efforts on stopping stormwater before it enters our streams. Flooding begins on the land. Digging up and widening our bayous is outdated, costly, and only causes more flooding. Amazing development: Save Buffalo Bayou supports a Corps of Engineers project to study our regional Houston watershed, beginning with where raindrops fall and how we can slow them down to reduce our flooding. The faster the runoff from our homes, businesses, streets, parking lots and sidewalks, the higher peak flow in our natural drainage systems. Slow the flow. Citizens need to support this and contact their representatives. The project needs funding and the Corps by law cannot lobby. So who’s going to lobby?

Listen to this 19-minute radio discussion on 90.1

Interested in how buying out hopelessly flood-prone buildings can help with our flooding problem?

Experts on this issue from across the country will be gathering in Houston tomorrow, Tuesday, Feb. 6, for a public discussion titled “Buyout Best Practices in the Wake of Harvey.”

The free public program is sponsored by the Greater Houston Flood Mitigation Consortium. The conference is scheduled for 7 to 9 p.m. at the BioScience Research Collaborative, 6500 Main Street in Houston. Though free, registration is required. Register here. 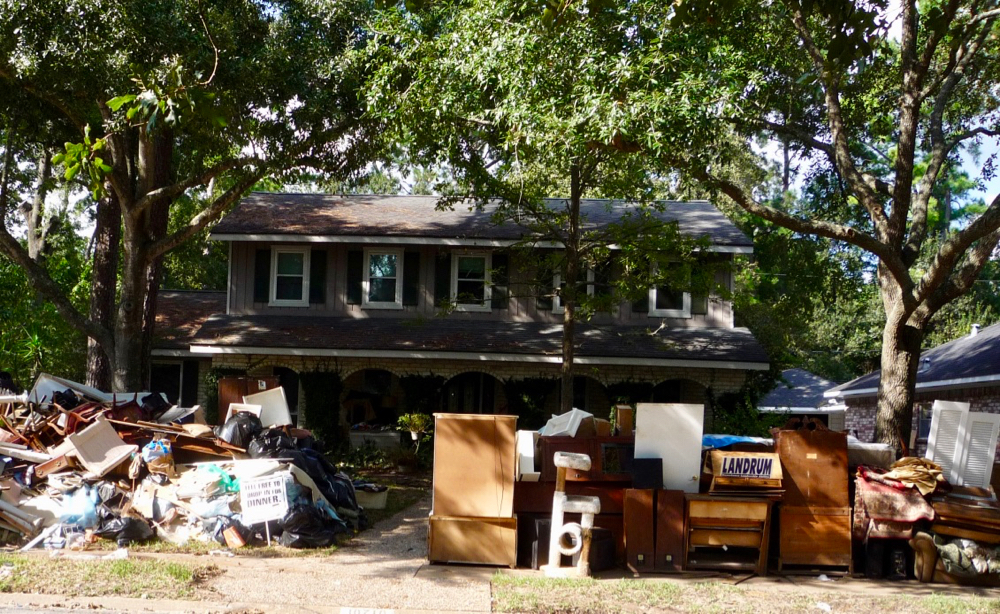 A house that flooded during Harvey in a neighborhood on Buffalo Bayou. Photo by Landrum Wise, Sept. 2017

According to a statement from the nonprofit Consortium, “there is a broader opportunity for buyouts to be a part of a comprehensive multi-purpose strategy for assuring more resilient and livable neighborhoods, through coordination with flood control infrastructure, parks, and housing.”

The discussion topics will include:

Experts on the panel are: 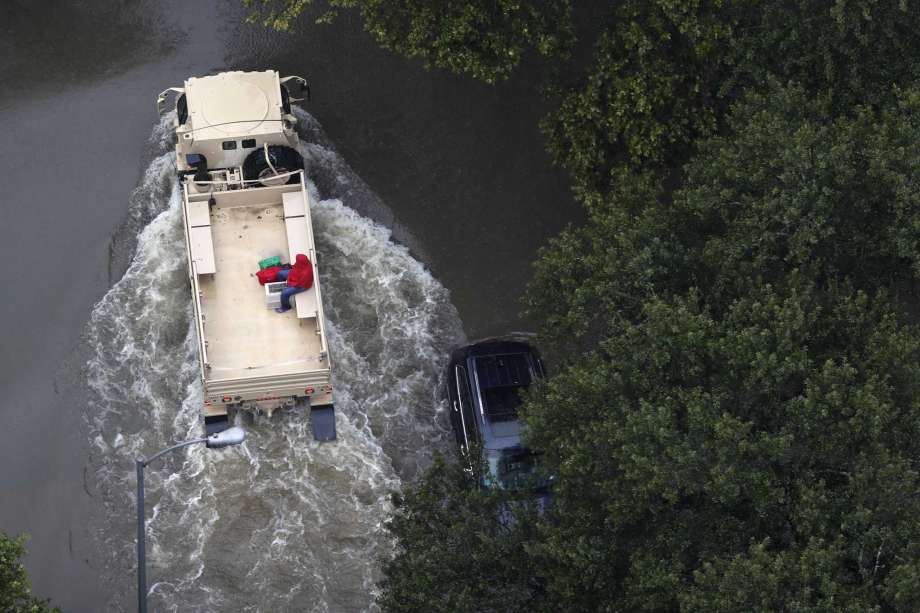