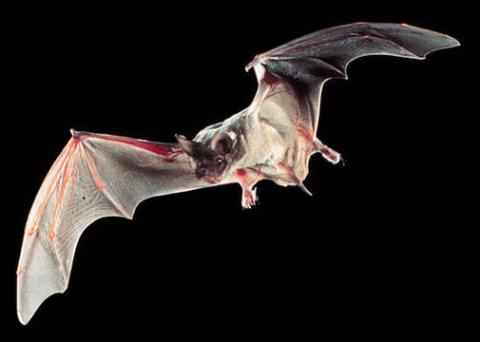 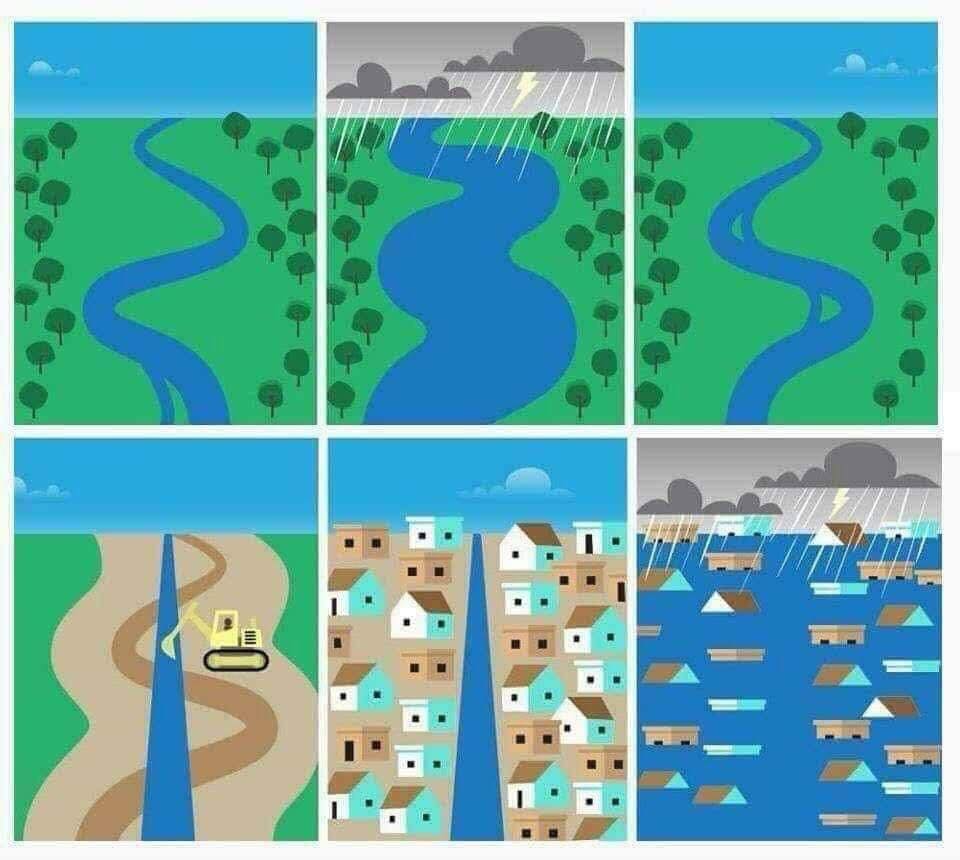 For a brief moment it was cool, which should have been a relief. But there we were staring dispiritedly at the mound of dirt piled up on the opposite bank of the bayou. Jim was back in town, and we were taking our fall shot of that Bend in the River from the same high bank in Memorial Park. Well, not really the same bank: nature changes, the river changes, the bank slumps and comes back again.

But these changes were most unwelcome. For the past six months or so, the River Oaks Country Club has been cutting down trees, grinding up, digging, scraping, pounding the bank, hammering large sections of heavy sheet pile into the bank, dumping  massive amounts of concrete riprap onto the bank and using a backhoe to pound it into place.

Instead of the soothing sounds of nature, the awful sounds of growling machinery and clanging metal shook the woods, accompanied by the occasional splash of blocks of sediment calving off the inside bend of the meander, collected there on the opposite bank during Imelda, no doubt having washed down and out from the dirt mound and from the stripped and graded bare bank upstream. 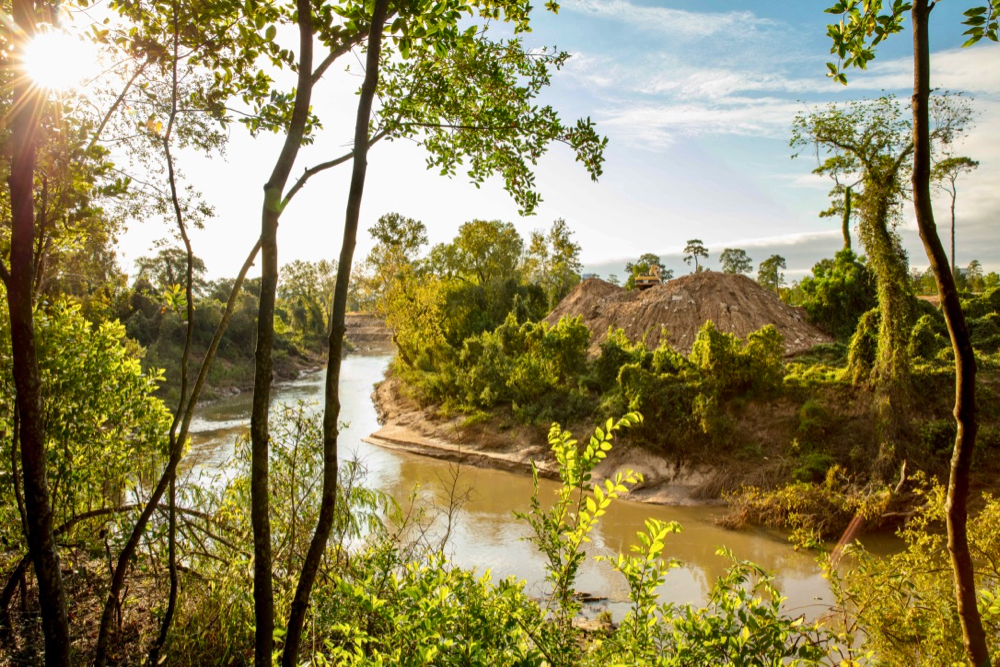 Fall 2019 on that bend in the bayou with heavy equipment and a mound of dirt dug up from the country club bank upstream. Photo by Jim Olive on Oct. 12, 2019

The country club’s “bank repair” project, said to cost some $18-24 million, has been spearheaded by club member Steven J. Lindley, who was also responsible for the renovation of the club’s golf course. The bank project has three parts totaling some 1,700 linear feet opposite Memorial Park, private residences, and parts of the Hogg Bank Sanctuary.

Save Buffalo Bayou has filed a complaint with the US Army Corps of Engineers about the irregularities and deficiencies in the club’s application for a special federal permit to “restore uplands” lost to Harvey. Among other problems, the permit application contained none of the required documentation of the alleged uplands lost to Harvey. And in fact, it would have been difficult to document the minor, if any, loss of upper bank in Area 1 upstream from where we stood. The steep high bank there has been standing in virtually the same place for at least a hundred years, which is why the bayou makes a sharp turn there. 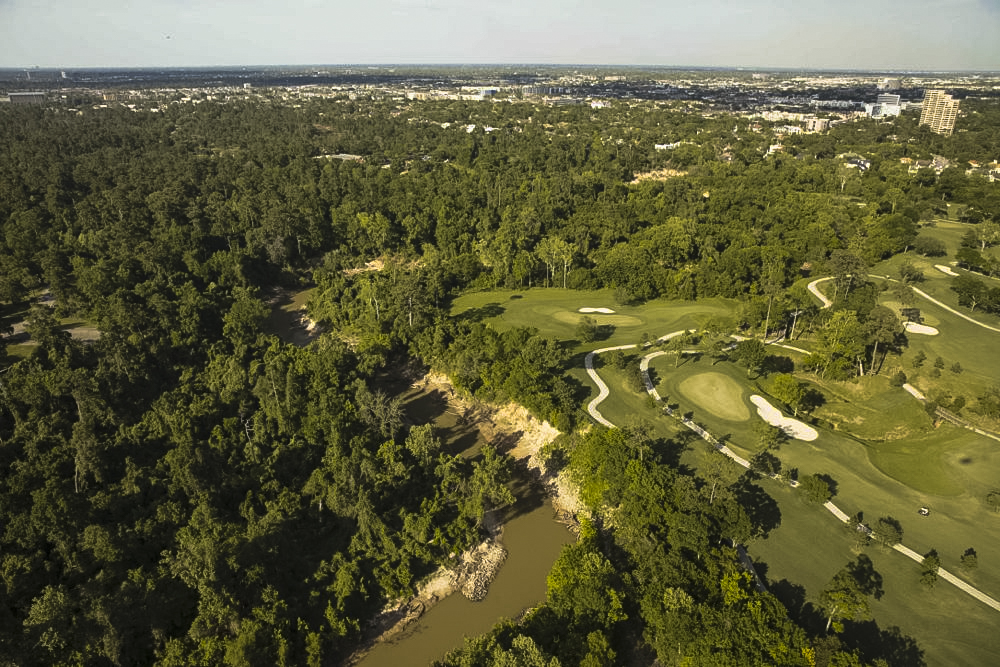 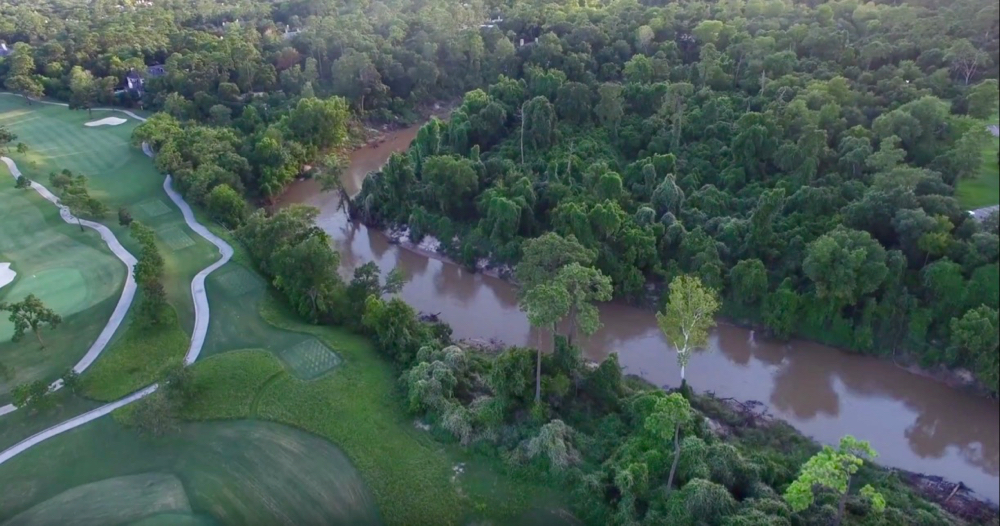 Area 1 in August 2018, one year after Harvey. Photo by George Parker

The application also misrepresented the length of the project, claiming it was only 1,499 feet. Documents presented to the City of Houston and the Harris County Flood Control District showed it was much longer.

But Jim took a lovely photo of the crime scene.

See the entire series documenting this same bend in the bayou throughout the seasons since 2014. 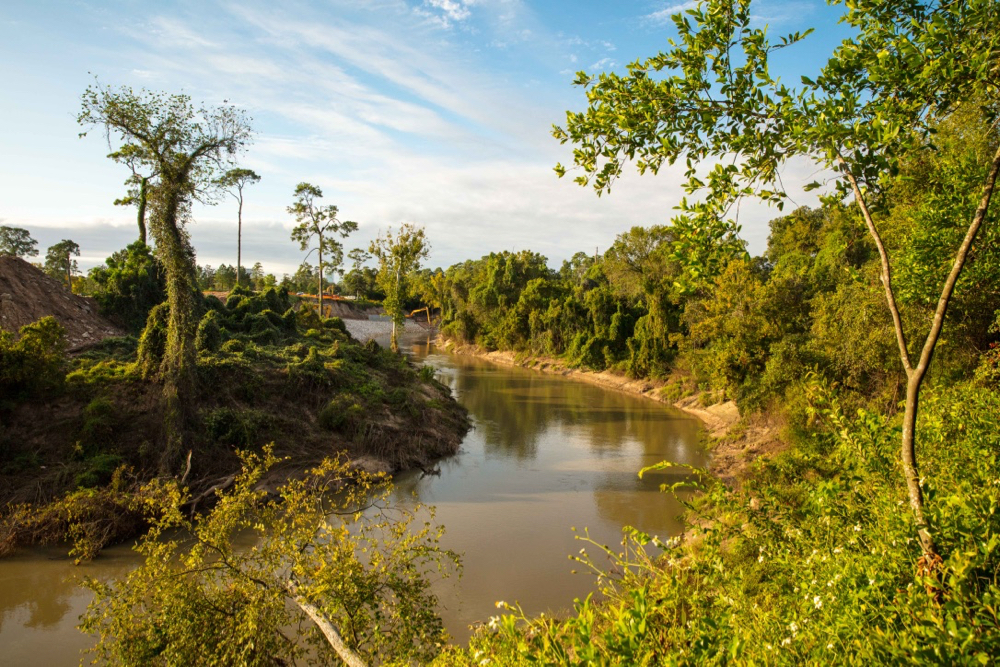