Valuable Insight About Stormwater Pollution of Our Bayous

Houston Gets a C- for Flood Control and Storm Drainage

By Luke Metzger and Sara Smith

The sheer volume of stormwater transmitted by roads and parking lots into sewers overwhelmed the capacity of the system and sewage was released to nearby bayous and ultimately to Galveston Bay.

Unfortunately, this wasn’t an isolated incident – there are more than 40,000 sewer overflows every year in the United States. These events, along with other pollution picked up by stormwater, contribute to 80 percent of the major waterways in Greater Houston not being safe for swimming or fishing.

In addition to bacteria and pathogens, stormwater carries litter, heavy metals and construction debris into our waterways. In its 2015 Galveston Bay Report Card, the Galveston Bay Foundation gave the Bay a “D” for overall pollution and identified stormwater-carried litter and spilled motor oil as threats to its overall health.

Read the rest of the story in the Houston Chronicle. 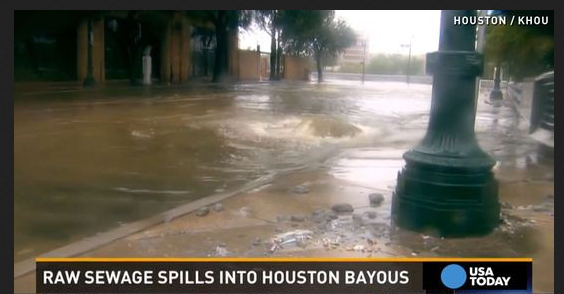