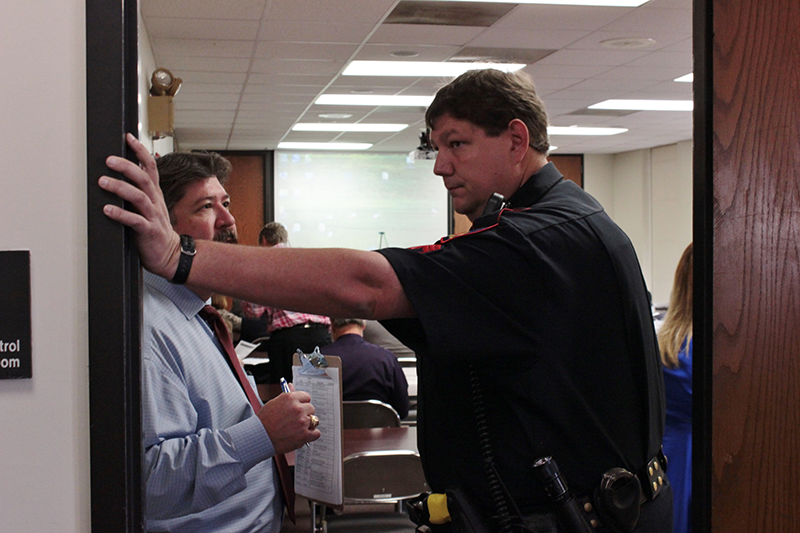 The unsurprising vote was 18-1 Monday, Oct. 27, 2014, in favor of stripping the forested banks, dredging, channelizing, and rerouting the last natural stretch of Buffalo Bayou as it flows past our great Memorial Park in the middle of Houston.

The Harris County Flood Control Task Force, dominated by engineers, builders, architects, bankers, developers, and realtors, voted behind closed doors on secret ballots to spend $4 million in tax money to make our wild Buffalo Bayou a bigger drainage ditch for development of west Houston. That seems to be the gist of it. Along with helping the River Oaks Country Club shore up the banks of its currently being renovated golf course. The club, which owns half the property in the project, is contributing one-third of the $6 million cost.

Whether the experimental project will work is another question. But hey, if it washes out, it’s only beautiful public parkland and a stretch of the river that teaches us the healthy benefits of what natural rivers do.

Evelyn Merz, the Sierra Club representative, cast the lone opposing vote. Representatives of the Citizens Environmental Coalition and the Audubon Society did not attend the meeting, as far as we could tell. The representative of the League of Women Voters apparently voted in favor.

“It wasn’t always like that,” recalls Frank C. Smith Jr., past chairman of the task force, who was allowed into the meeting as a guest of Merz. In the past, says Smith, the task force was more evenly balanced between development and environmental interests.

The thirty-one members of the little-known task force, founded in 1973 through the efforts of citizen activists like Smith, are appointed by the Harris County Commissioners’ Court. It is an advisory body, and the vote Monday was symbolic. A committee of the task force, appointed to “investigate” the controversial project, voted 5-1 in favor of it Oct. 15. Again, Merz was the only negative vote.

The Army Corps of Engineers is considering whether to issue a permit to the Harris County Flood Control District for the project, known officially as the Memorial Park Demonstration Project.

The Houston city council has already voted to waste $2 million on destroying an irreplaceable natural resource in the middle of the city. However, councilmembers must eventually vote on whether the test experiment (the often-failing techniques haven’t been proven to work on a river like ours) is a legal taking and use of public parkland according to state law.

So let your city council representatives know what you think about that.

Listen to Dave Fehling’s report on the meeting on KUHF 88.7.