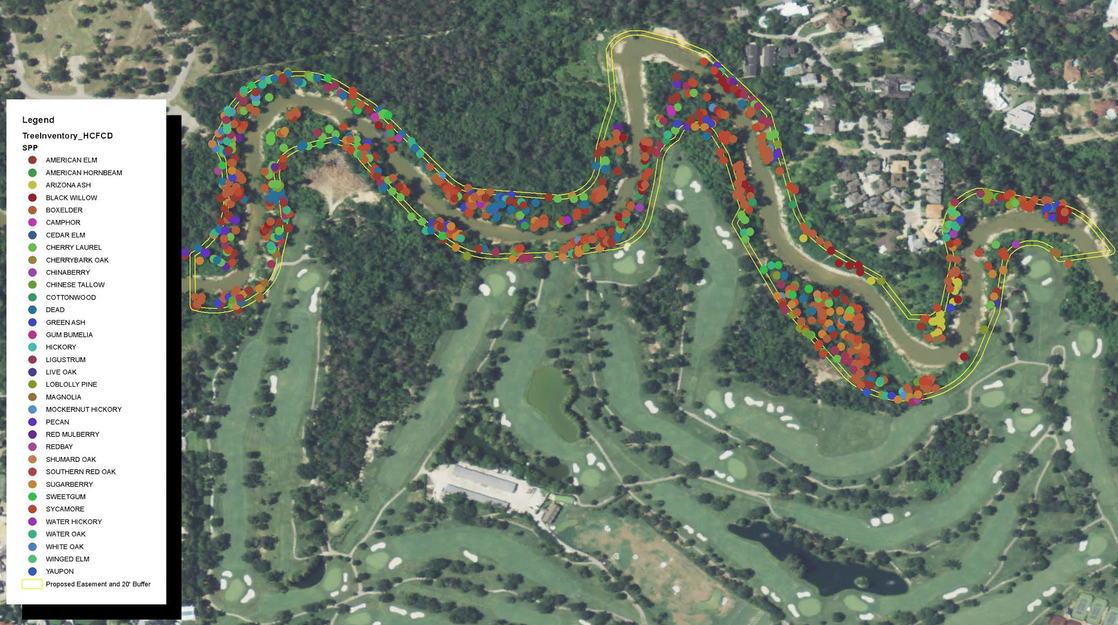 This is a map from the Harris County Flood Control District describing the rare and native tree species that the county plans to cut down. The yellow lines represent the area in which the forest and banks of Buffalo Bayou  will be bulldozed — areas widening to as much as 100 feet from the water’s edge.

We urge Houstonians to oppose the current plan. Join us to learn more at a public meeting of concerned citizens on May 22, 2014, at St. Stephen’s Pecore Community Hall, 1805 W. Alabama, beginning at 6:30 p.m.

WHAT IS A RIPARIAN FOREST?

A riparian forest is a buffer area along a river or stream. Riparian forests along with native understory and wetlands are critical to storm water management—absorbing runoff.  Riparian areas protect the quality and quantity of our water resources. They trap sediment and other pollutants from overland runoff before they have a chance to enter our streams and bayous. They also function to reduce the magnitude and velocity of floodwaters and help to maintain base flows in streams by slowly releasing floodwaters back into the stream channel. Riparian areas provide breeding and foraging habitat for wildlife and serve as corridors between critical habitat areas.

They sustain us and our connection with the wonder and beauty of nature.

17 thoughts on “Killing A Riparian Forest – Our Last Urban Wilderness”