Why does Houston have such awful flooding problems? And why do they seem to be getting worse?

A citizens’ group dedicated to reducing preventable flooding caused by development in the Houston region is presenting one of the leading experts on the subject at a free public talk Tuesday, June 20.

Sam Brody, professor and director of the Center for Texas Beaches and Shores in the Department of Marine Sciences at Texas A&M University in Galveston, was recently featured in an article on Houston flooding in the British Guardian newspaper. The group sponsoring his presentation Tuesday, Residents Against Flooding, was featured also, along with the Katy Prairie Conservancy.

Houston “has more casualties and property loss from floods than any other locality in the US, according to data stretching back to 1960 that Brody researched with colleagues,” the Guardian reported. Brody told the newspaper that “[w]here the built environment is a main force exacerbating the impacts of urban flooding, Houston is number one and it’s not even close.”

The Causes of Urban Flooding 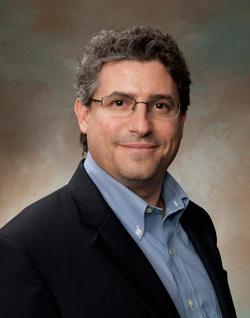 Prof. Sam Brody, director of the Center for Texas Beaches and Shores at Texas A&M University in Galveston

Brody is conducting research for the Federal Emergency Management Agency (FEMA) on how to alleviate urban flooding across the United States. According to Residents Against Flooding, Brody believes “the biggest driver of this urban flood problem is human development.”

As the professor told the Guardian, and as he has repeatedly stated to audiences in Houston, each new square meter of pavement in Houston on average adds $4,000 worth of flood damage.

Going with the Most Expensive, Least Effective Flood Plan

Brody also agrees with Save Buffalo Bayou that the current public policy of widening and deepening (and destroying) our urban streams to handle increased stormwater flow is outdated and ineffective. “We can solve the problems or treat the symptoms,” says Brody. Widening and deepening our bayous is just treating the symptoms, which will only get worse with increased development, failure to enforce stormwater detention requirements, and policies that emphasize costly engineering solutions like bigger drain pipes that collect and shunt more and more rain runoff into our streams faster and faster.

Leading experts nationally agree that the emphasis should be on slowing down, spreading out and soaking in stormwater before it hits our streams. Unlike other major cities such as Philadelphia and New York, flood-prone Houston has no plan for managing stormwater through Green Infrastructure, which typically brings greater benefits – including more parks and green space – at far less cost.

The Harris County Flood Control District project opposed by Save Buffalo Bayou would spend some $12 million to raze the trees, dig up, channelize and shorten one of the last natural stretches of Buffalo Bayou in order to send more stormwater downstream faster, a practice that even the US Army Corps of Engineers acknowledges causes more flooding and erosion downstream. (See Buffalo Bayou Partnership 2001 Master Plan Project, p. 18.)

For a more enlightened “Room for the River” approach to managing rivers and flooding, see this recent article about the Netherlands in the New York Times. 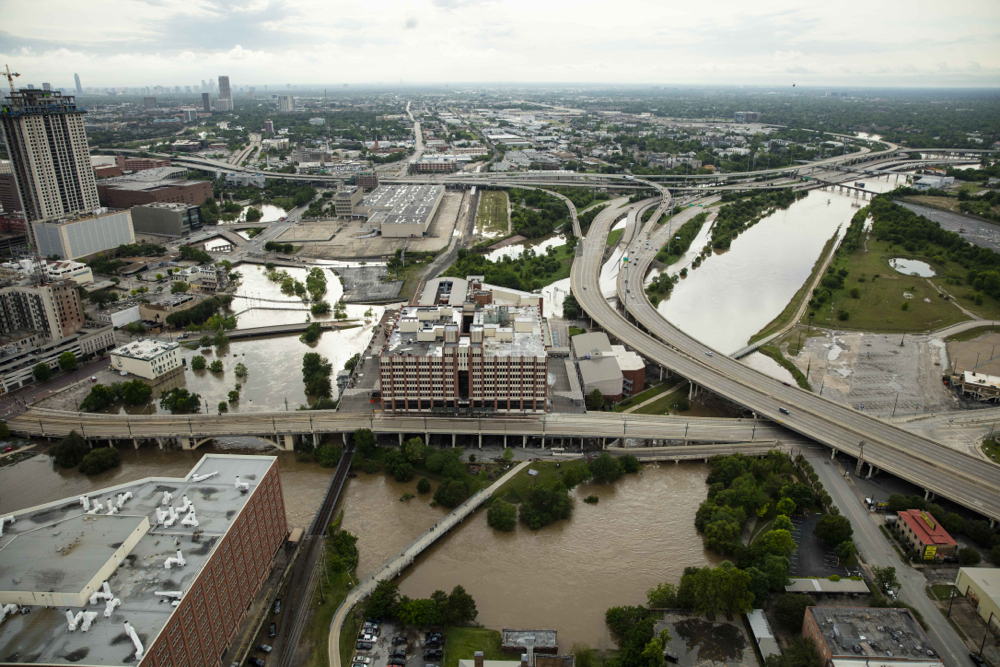 The confluence of White Oak and Buffalo bayous in downtown Houston on April 19, 2016. Photo by Jim Olive