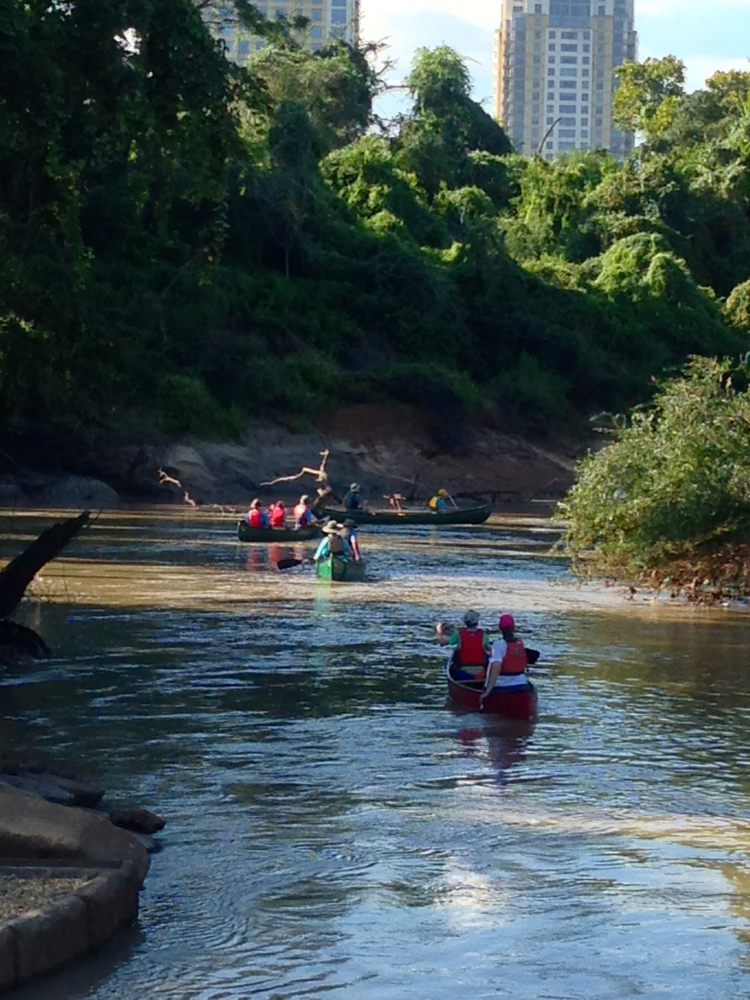 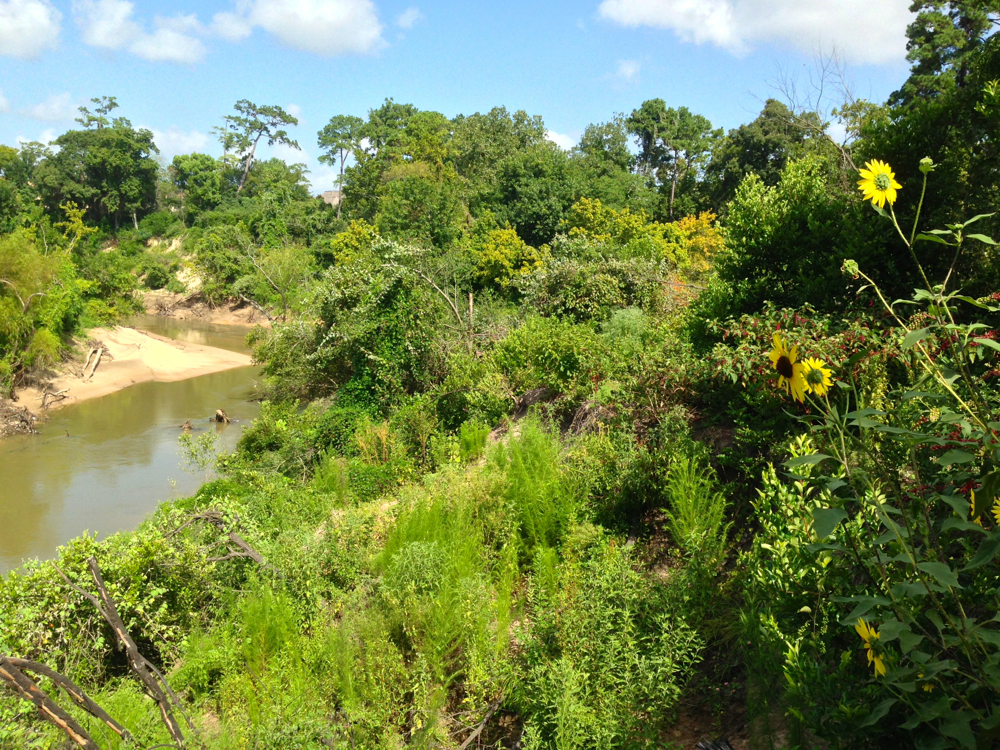 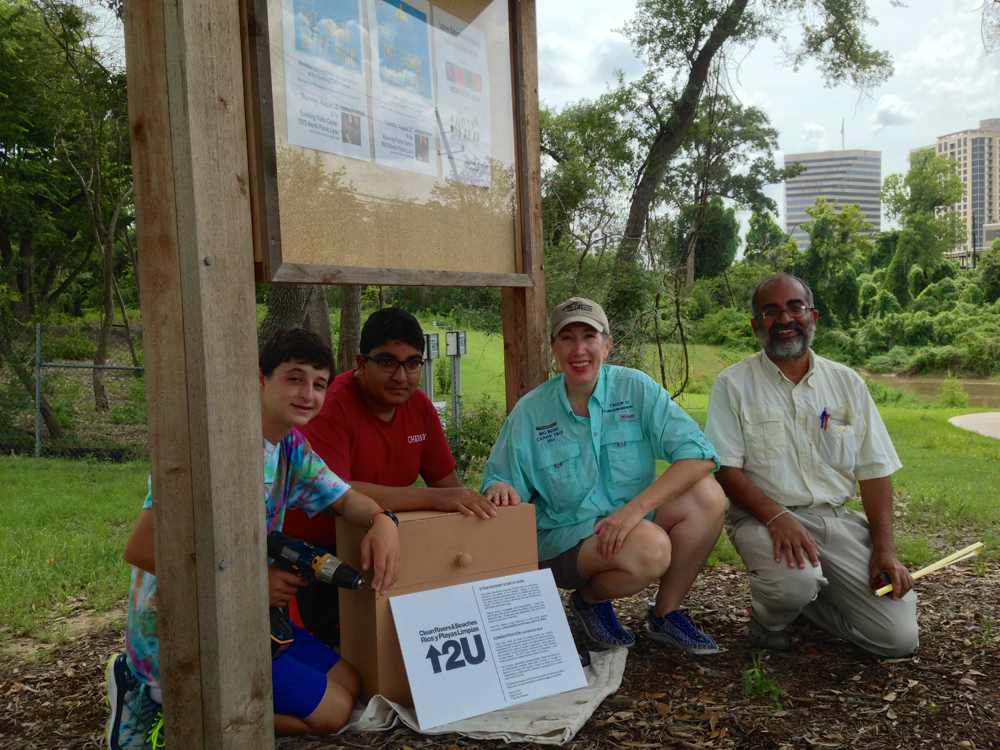 Native, edible amaranth in the foreground planted by Buffalo Bayou on the bank of the Woodway drainage outfall. Smartweeds, snoutbean, and other plants, mostly native but also some invasive, in the background. Native plants like amaranth and smartweed stabilize the soil and help prepare for new forest growth. Non-native Bermuda and St. Augustine grasses planted by contractors. Photo Aug. 28, 2015