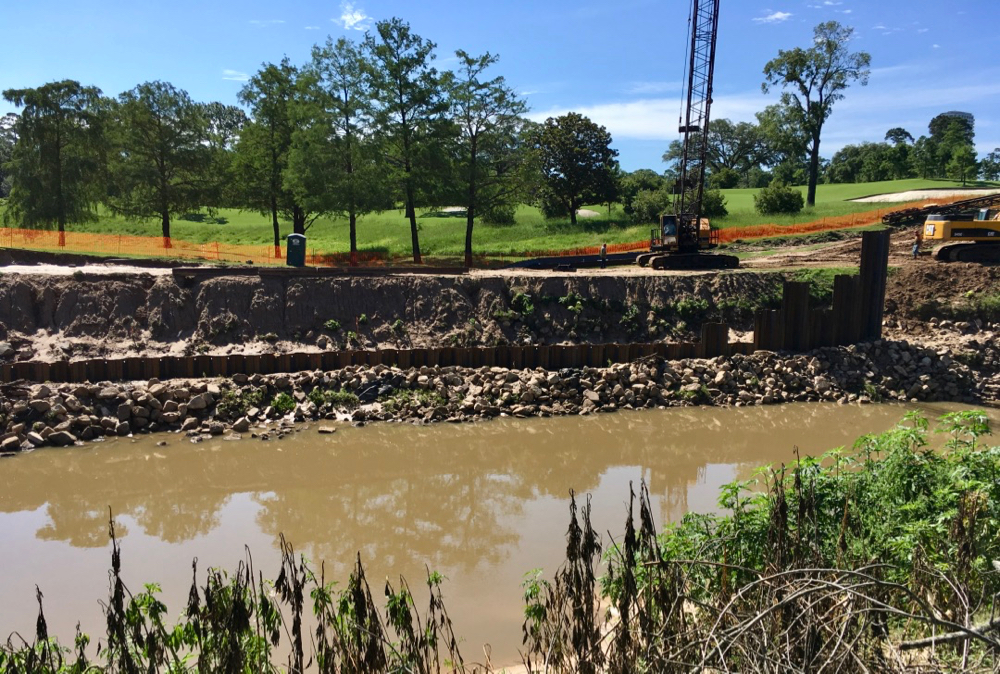 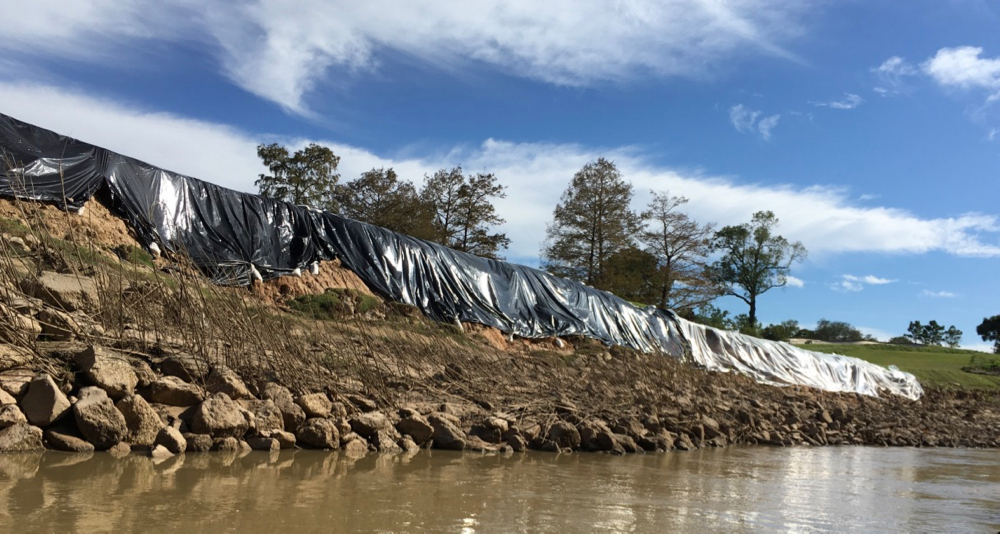 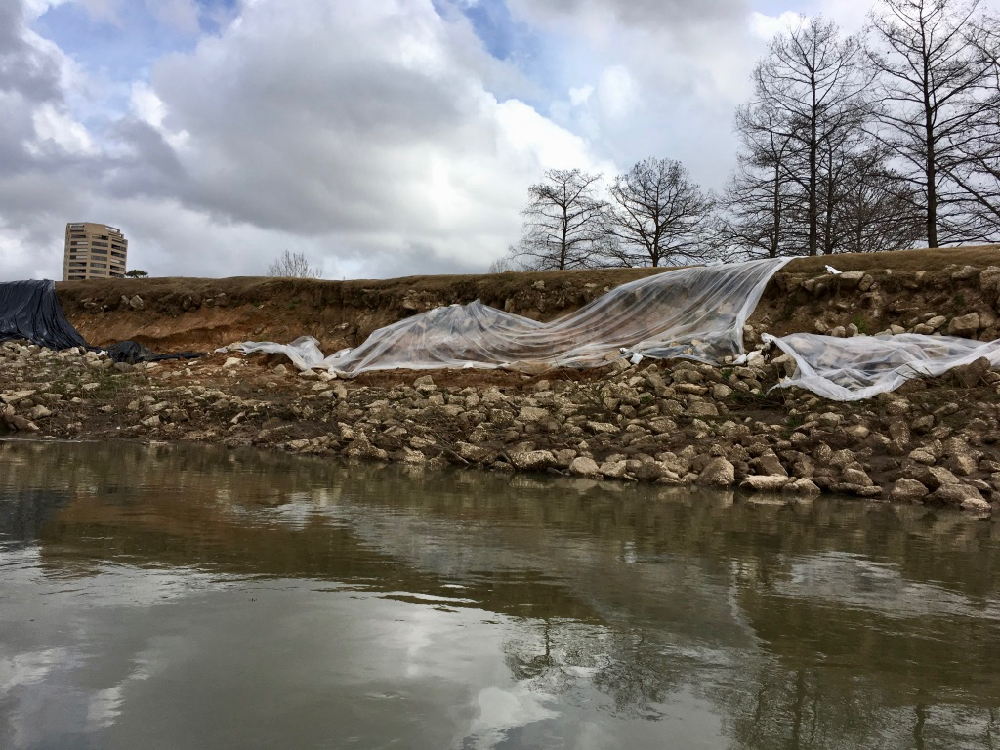 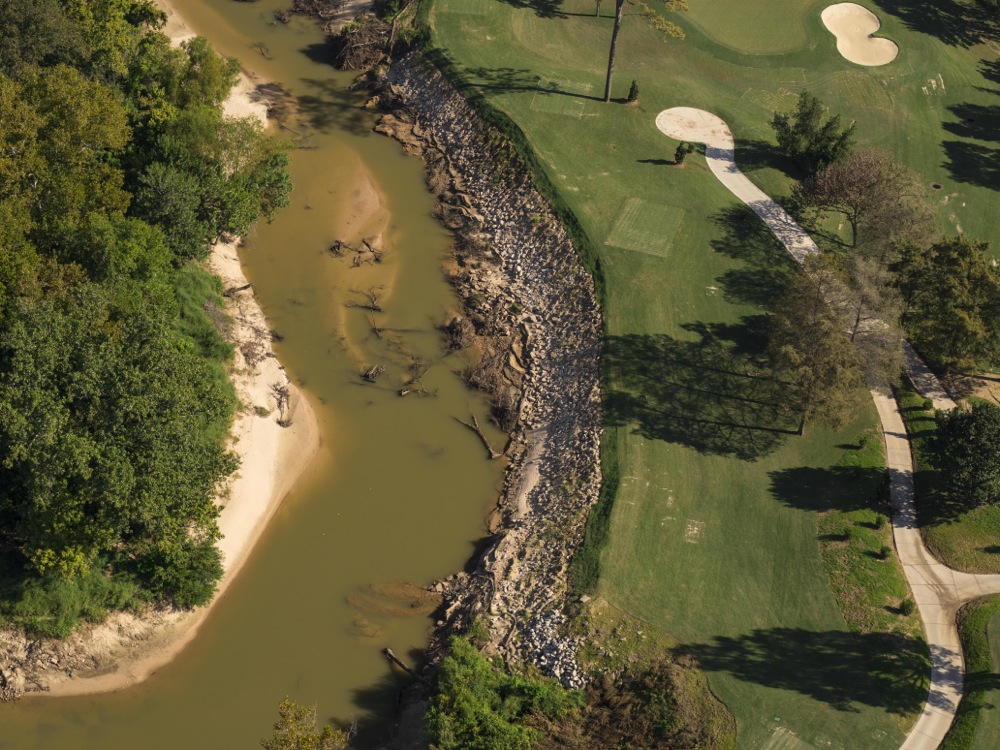 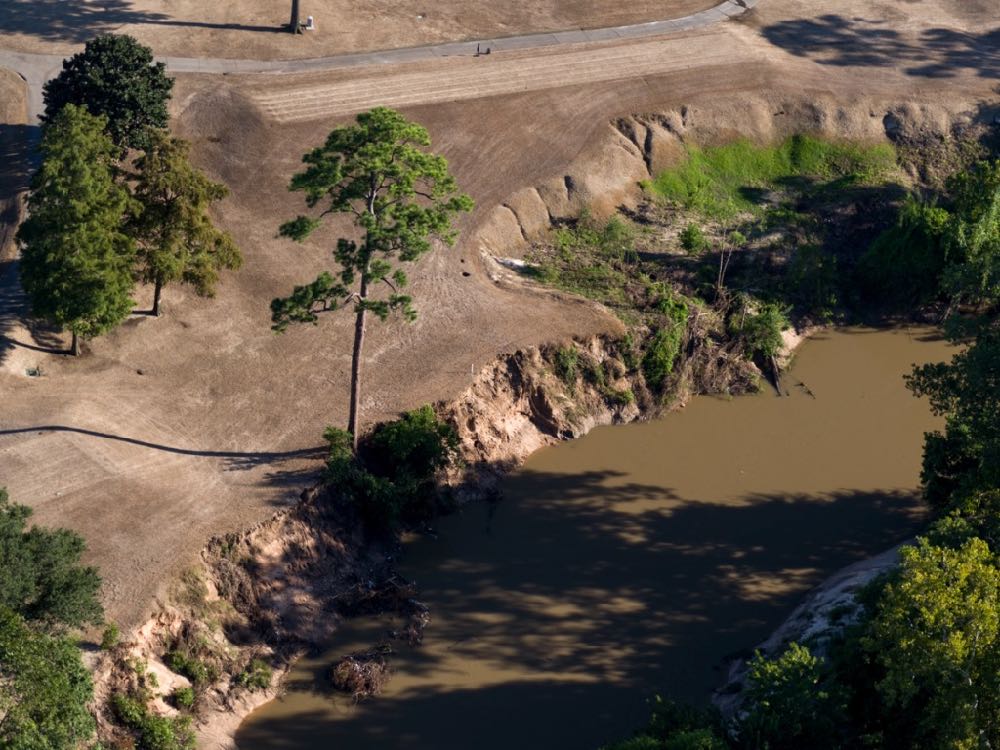 Area 3 in October 2014 after spraying of turf in preparation for renovation of the club’s golf course and before installation of riprap. Photo by Jim Olive 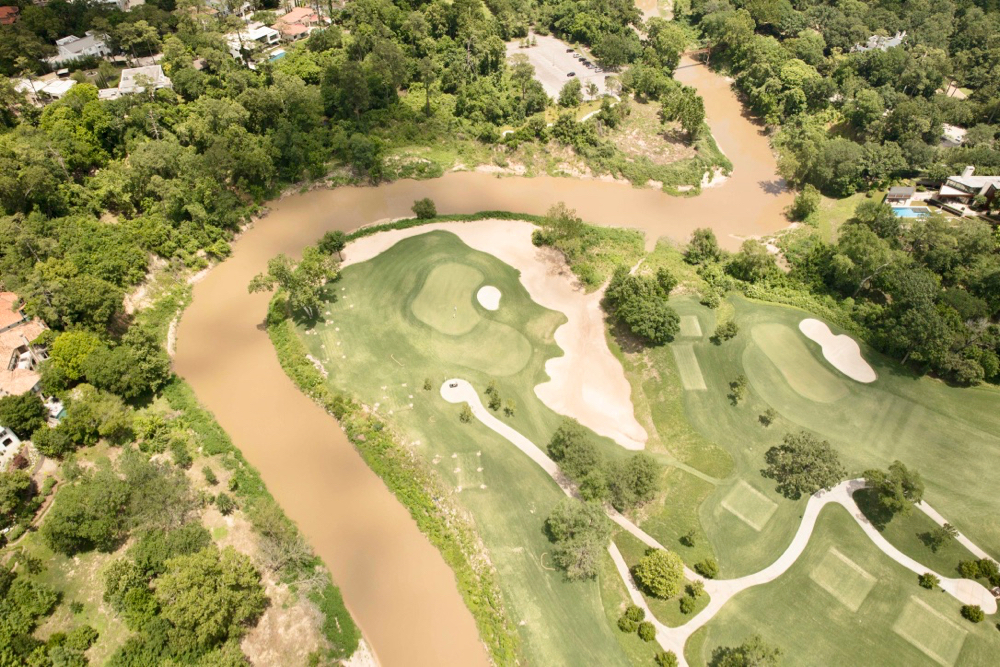 Area 3 on May 5, 2019, before construction began and during high water from heavy rain two days earlier. Photo by Jim Olive

Deflecting Erosion and Flooding onto Private and Public Land

The country club armoring of the bank  is opposite private residences as well as forested public land in the Hogg Bird Sanctuary and Memorial Park.

The club also removed virtually all of the trees in a substantial forest along one of two federally-protected tributaries flowing across the golf course into Buffalo Bayou. The two streams are above areas 2 and 3.

The club member responsible for the bank project since at at least 2013 as well as the 2015 renovation of the golf course is Steve Lindley. Lindley declined to comment publicly but offered a visit to the country club banks.

Here are some recent photos of the three destruction areas: 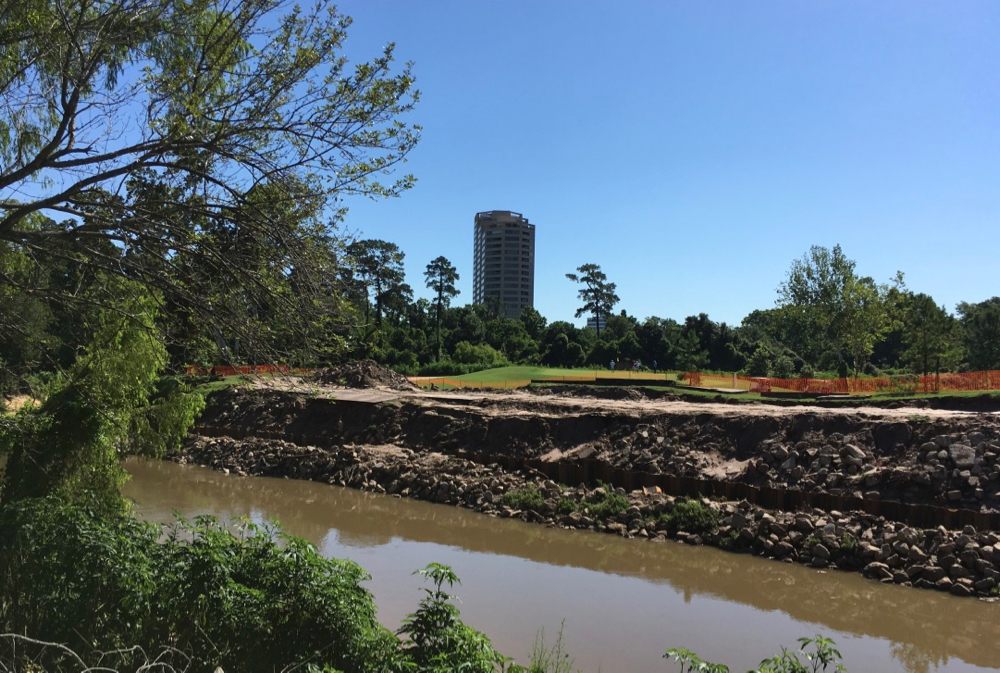 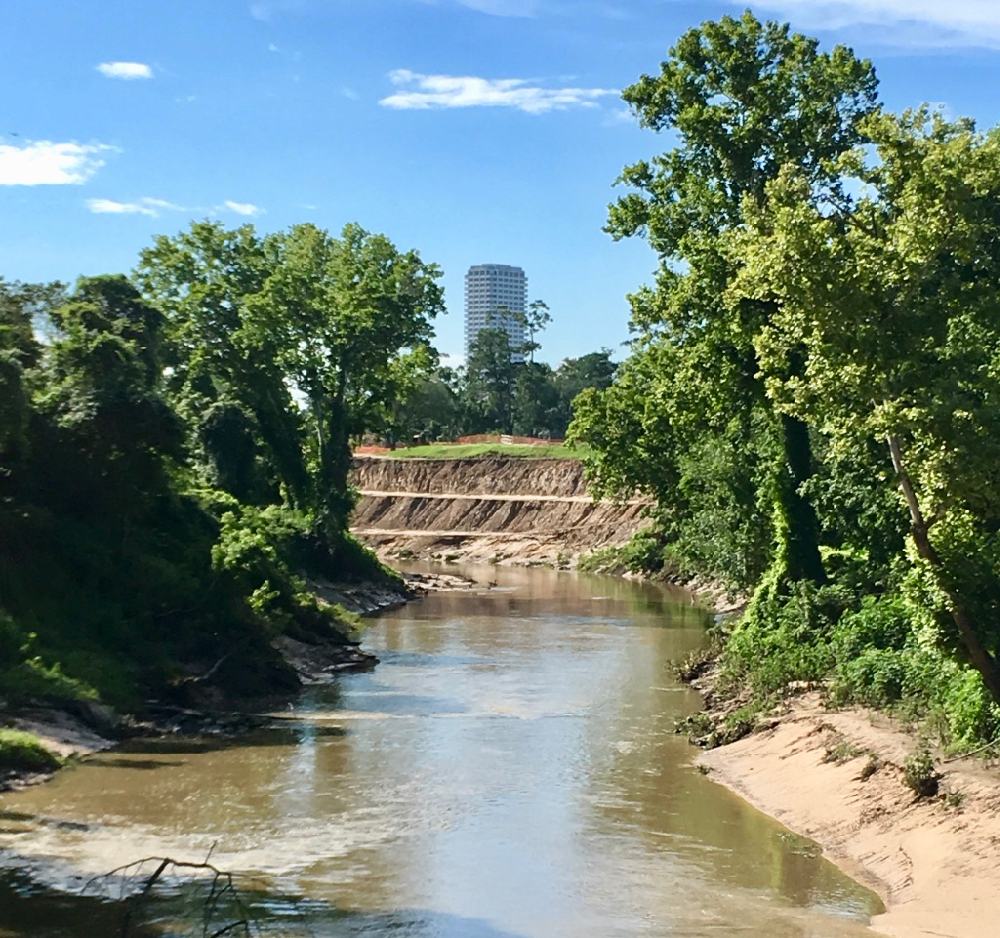 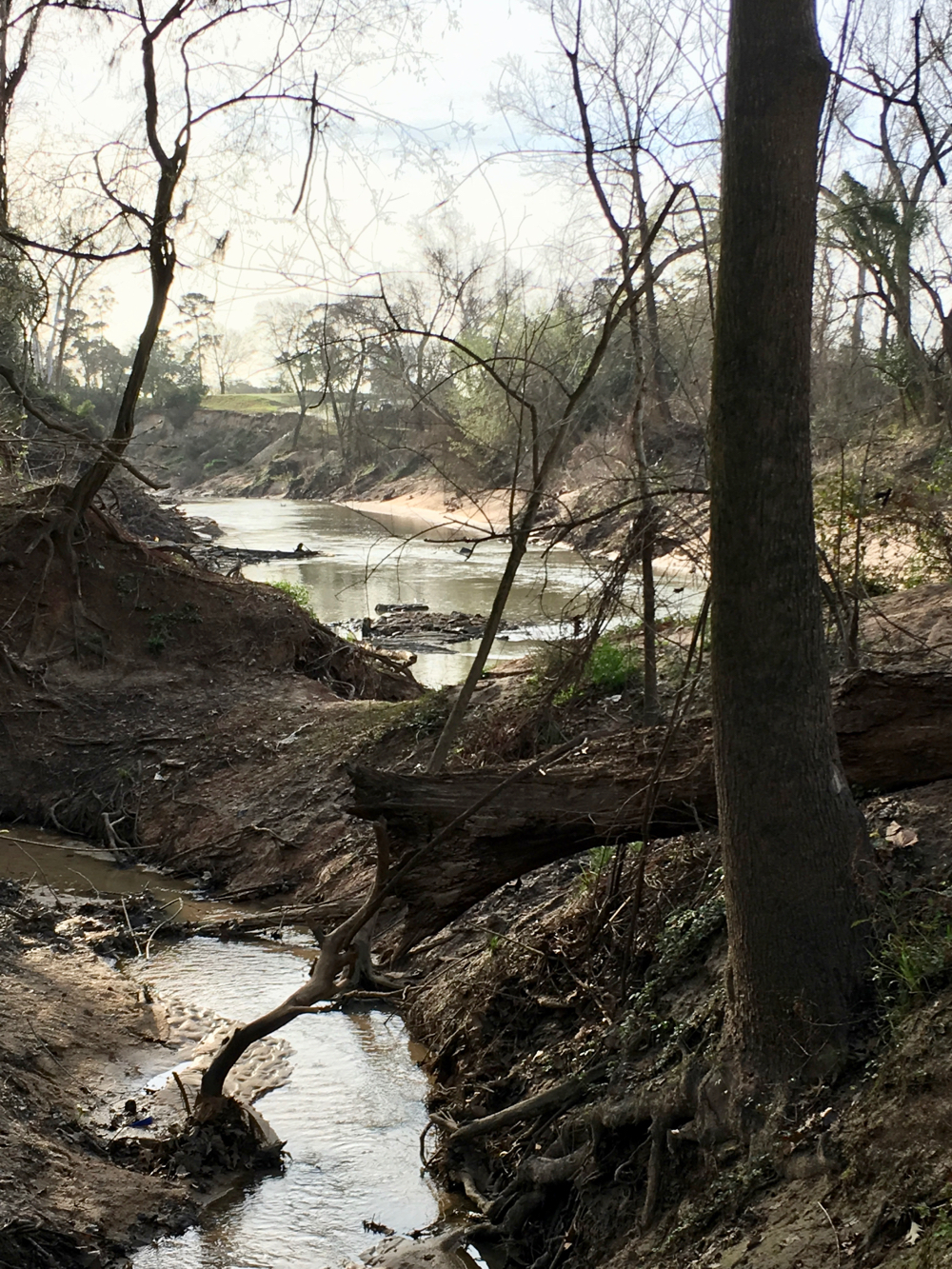 Winter view from tributary in Memorial Park towards Area 2. Photo February 14, 2019, by SC 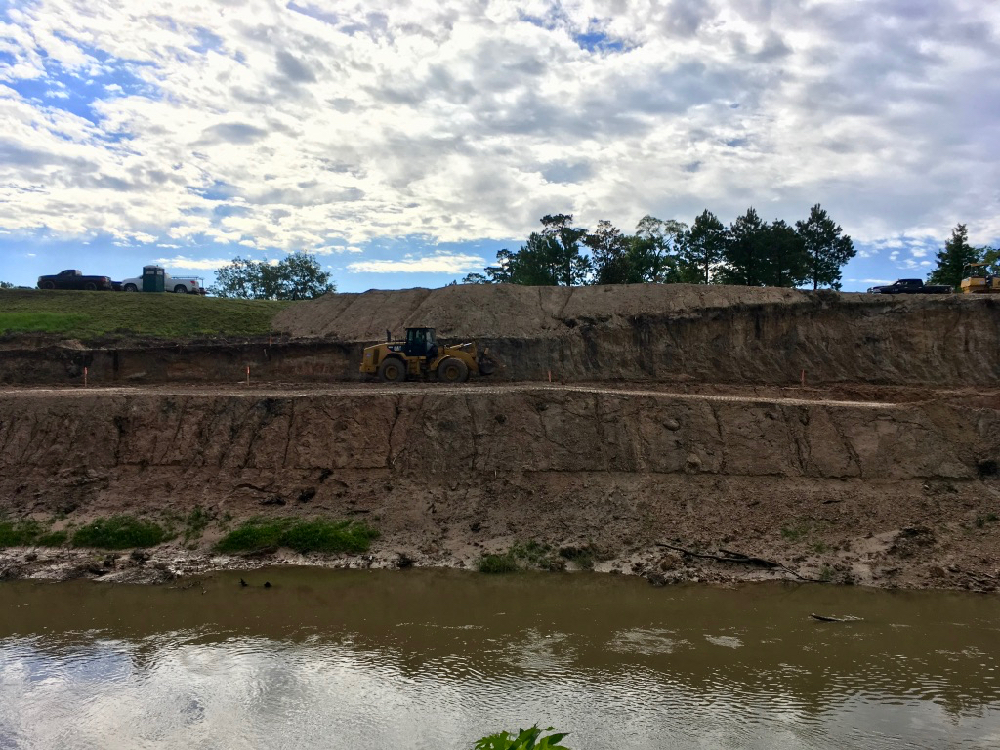 Area 1 next to the 14th hole at the upstream limits of the River Oaks Country Club golf course on June 6, 2019. 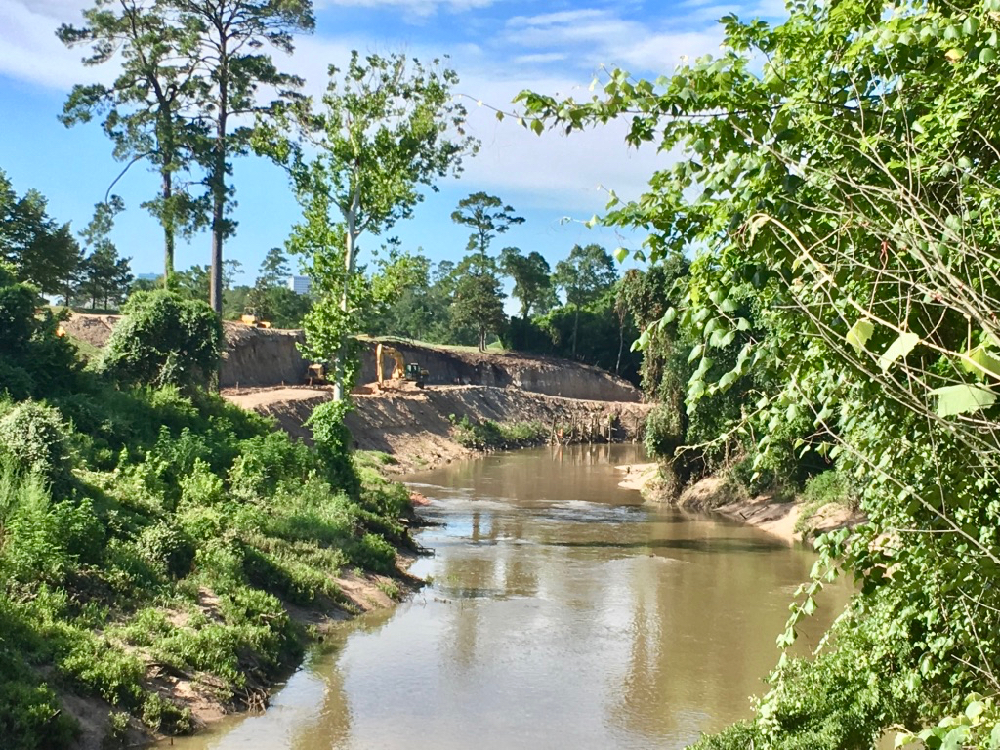 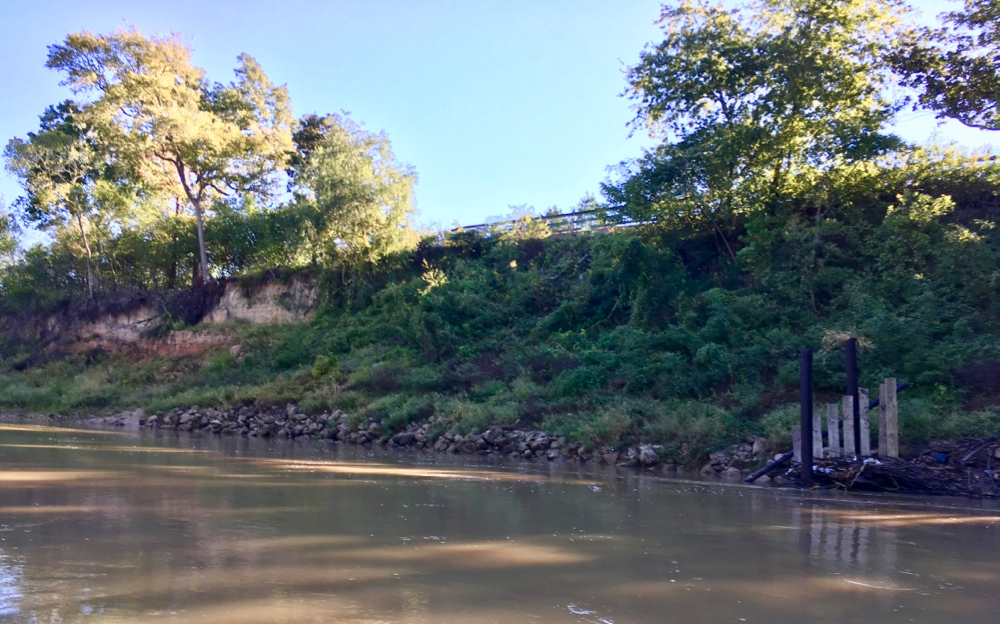