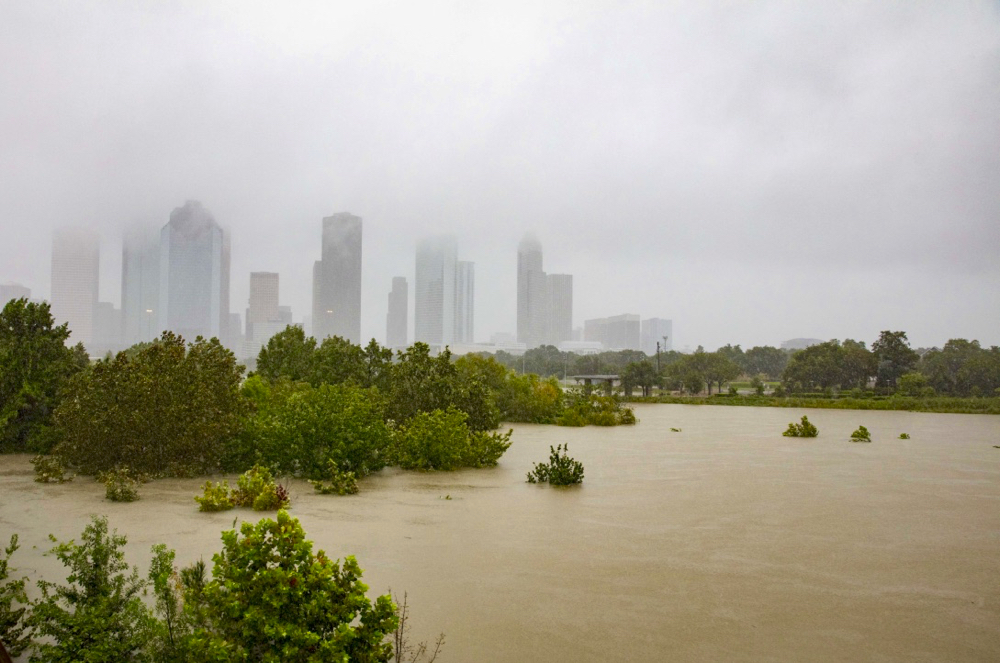 And if you’d like to learn more about rivers and flooding, you might want to attend a talk titled “Nature of the Flood: Understanding Our Dynamic Rivers and Bayous” sponsored by Transition Houston on May 7 at 6:30 p.m., in the Haven’s Center, 1827 West Alabama, Houston 77098.

The talk is presented by Dr. Brad Carter, who received a PhD in Geology from North Carolina State University in 2006.  He has 12 years of professional experience working as a structural geologist in academia and the petroleum industry.  In academia, Dr. Carter has taught courses in physical geology, structural geology, and hydrogeology and mentored student research projects.

It’s not too late to attend a meeting about the City of Houston’s Climate Action Plan.

The City of Houston’s Office of Sustainability is drafting the Climate Action Plan. The goal is to create targets to reduce greenhouse gas emissions and establish a pathway to meet the Paris Agreement goal of becoming carbon neutral by 2050, while also decreasing traffic congestion, improving air quality, and reducing costs through energy efficiency and renewable energy.

The target completion date for the City’s Plan is December 2019, with implementation by the City to start in 2020. The Houston Advanced Research Center (HARC) is providing technical assistance.