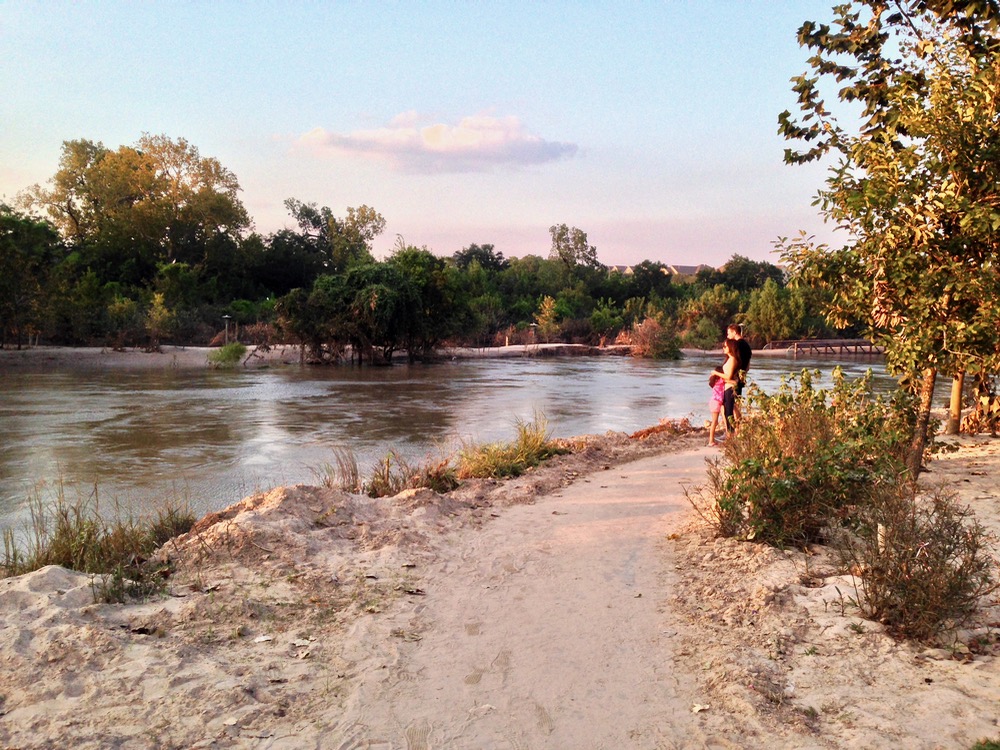 On Buffalo Bayou alone there are three City of Houston sewage treatment plants, two of them west of downtown: Turkey Creek (east of Eldridge Parkway), West District (west of Beltway 8), and Clinton Park near Lockwood east of downtown. This doesn’t include treatment plants on tributaries like the Jackrabbit wastewater plant on Bear Creek, or the Bear Creek Pioneers Village sewage plant in the middle of Addicks Reservoir or numerous lift stations required to pump sewage to treatment plants at higher elevations.

As of Sept. 17, the Texas Commission on Environmental Quality was reporting that both the Turkey Creek and Bear Creek wastewater treatment plants were inoperable, although the City of Houston Emergency Operations Center reported on Sept. 14 that the Turkey Creek plant was fully operational. The West District plant was also flooded, though the city was reporting it too as fully operational. The Jackrabbit plant was operating at limited capacity as of Sept. 15, according to Harris County Utility District 6.

In the meantime, the mosquitos arrived and there was no rain to wash away the dried bayou mud blowing around the city. Perhaps the rain on Monday provided that service. Was the mud and dust bad for your health? We know that the authorities have warned strongly about the health hazards from the contaminated water, mud and mold remaining inside flooded homes and buildings. But what about outside now that the flood waters have receded? Here is what authorities had to say:

Houston Fire Chief Sam Pena said at a town hall Sept. 9 that sewer bacteria in the dried mud in the streets could be a health hazard when airborne.

The Natural Resources Conservation Service says that metals, bacteria, and fungal spores can be inhaled with airborne dust, and recommends avoiding gardening or playing where soils have been contaminated.

The Centers for Disease Control says that bacteria in flooded playgrounds and yards is a health concern, though conditions vary. 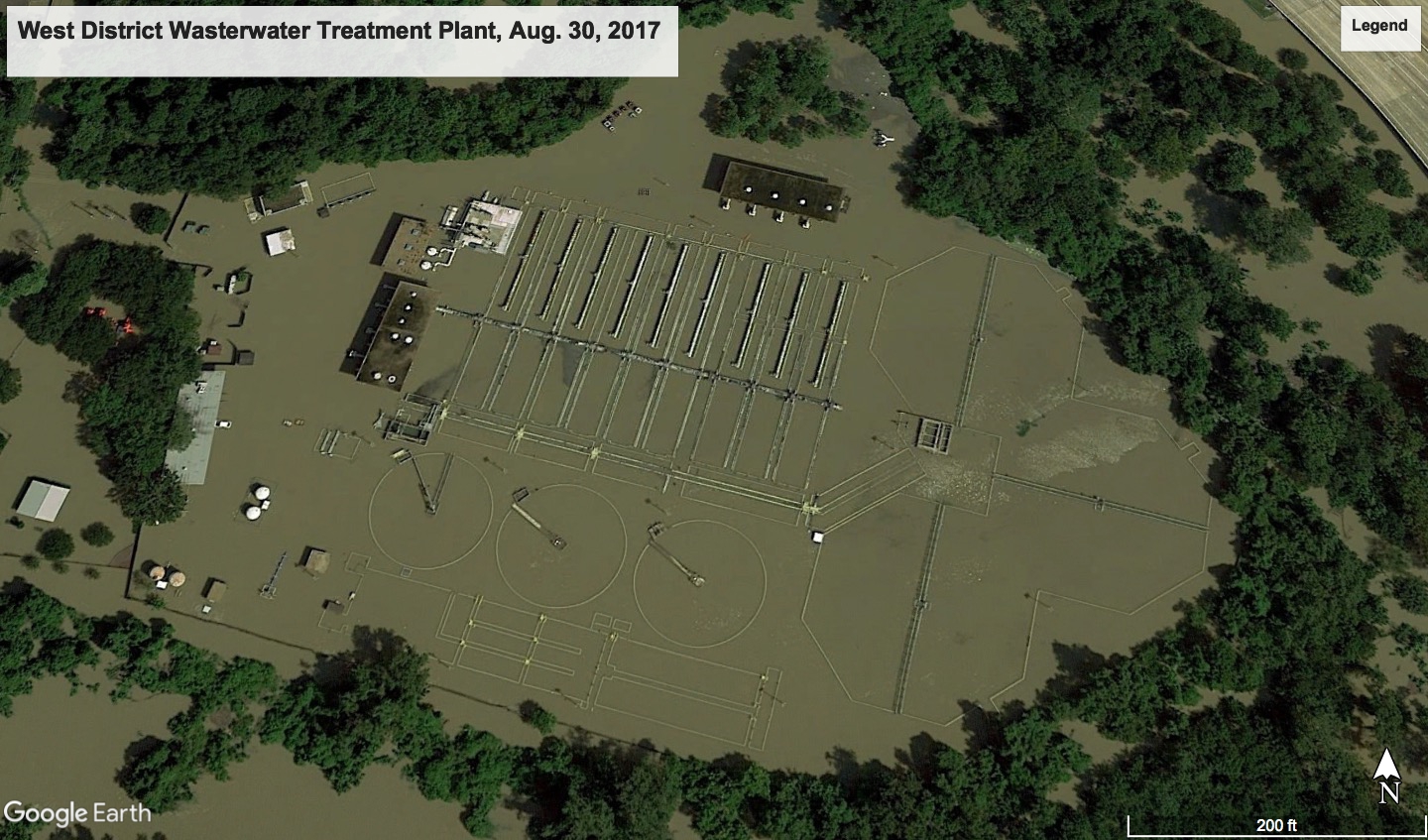 The Bayou Cleans and Heals Itself: Let It Be

As for the bayou itself, we must have faith and patience. Given time, the river will restore itself. The natural bacteria of the soil will eventually transform or consume the bad bacteria, even the gasoline and oil, say our experts. The river will replant when it is ready.

The key is to let it be, to not to dig up the banks or run heavy equipment over them.

Texas riparian expert and advocate Steve Nelle, who spent twenty-eight years with the Natural Resources Conservation Service, cautions against assuming that everything is now toxic.  “Only formal sampling and testing of water and sediment can determine what contaminants if any are in certain places and even then, it would have to be compared to a pre-flood baseline,” he writes in an email.

“The flooding may have acted like a giant enema and perhaps did some good at moving contaminants out to sea where they can be diluted and broken down naturally.  If there are some contaminants in the newly deposited mud, microorganisms do a wonderful job of breaking down and utilizing some of the nastiest compounds.  Nature is more resilient than we usually understand.  Other compounds are chemically adsorbed to soil particles and it may take longer for the microbes to do their work but at least these compounds are not mobile – they are locked into the soil.

“Although the scale is much different, in some ways it is similar to the May 2015 epic flood on the Blanco River [in Wimberley, Texas]. The initial response is depressing and hopeless, but then, nature begins the recovery process.  On the Blanco, natural recovery began almost immediately in some places and slower in other places.  I think it will be the same on BB – varying rates of recovery of damaged banks and floodplain, but it will be a faster recovery than we saw on the Blanco due to more favorable growing conditions.”

Nelle’s advice is “to be patient and not to rush into any projects or reclamation activities. The best thing to do now is carefully observe and document the recovery process without preconceived ideas of what will happen.  It will be a great learning experience that can help other coastal cities in the future.  The worst thing that happened on the Blanco, within days of the flood, was massive amounts of large equipment going in to ‘fix’ the damage and clean up the mess.

“Waiting and watching is not a bad strategy.”

Here is Steve Nelle in the short and instructive documentary film, Letting the River Heal. 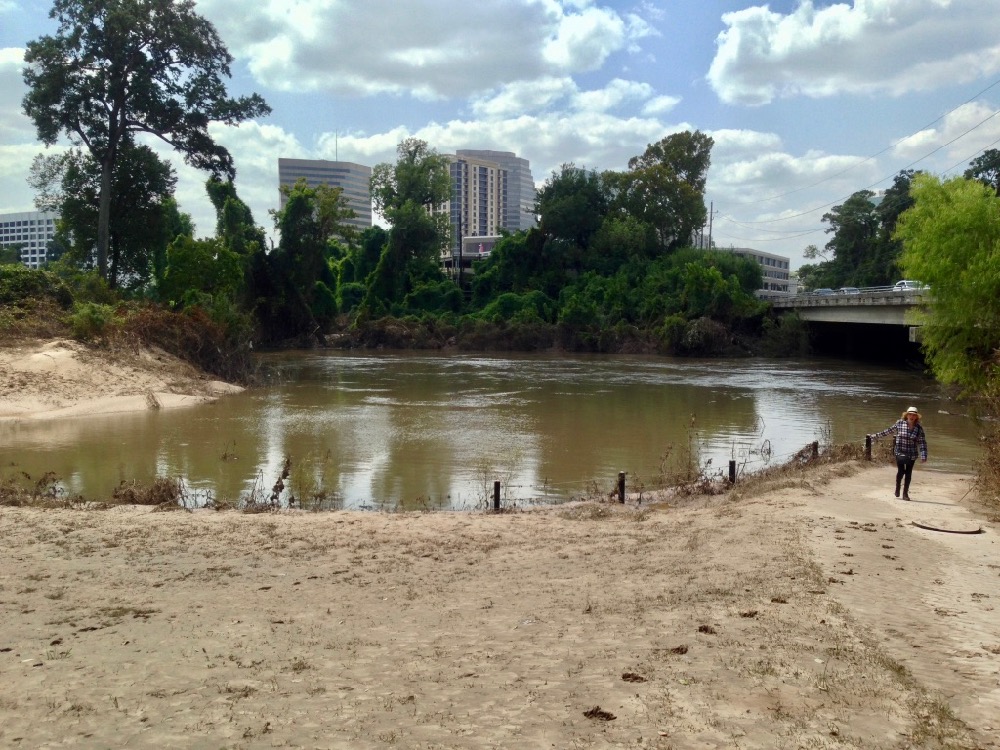 The boat launch and storm water outfall (not visible) in the Old Archery Range in Memorial Park at Woodway and Loop 610. Photo on Sept. 11, 2017 by SC.