Illustrations of animals found on Buffalo Bayou that Boy Scout Paul Hung plans to use in his wildlife track pamphlet. 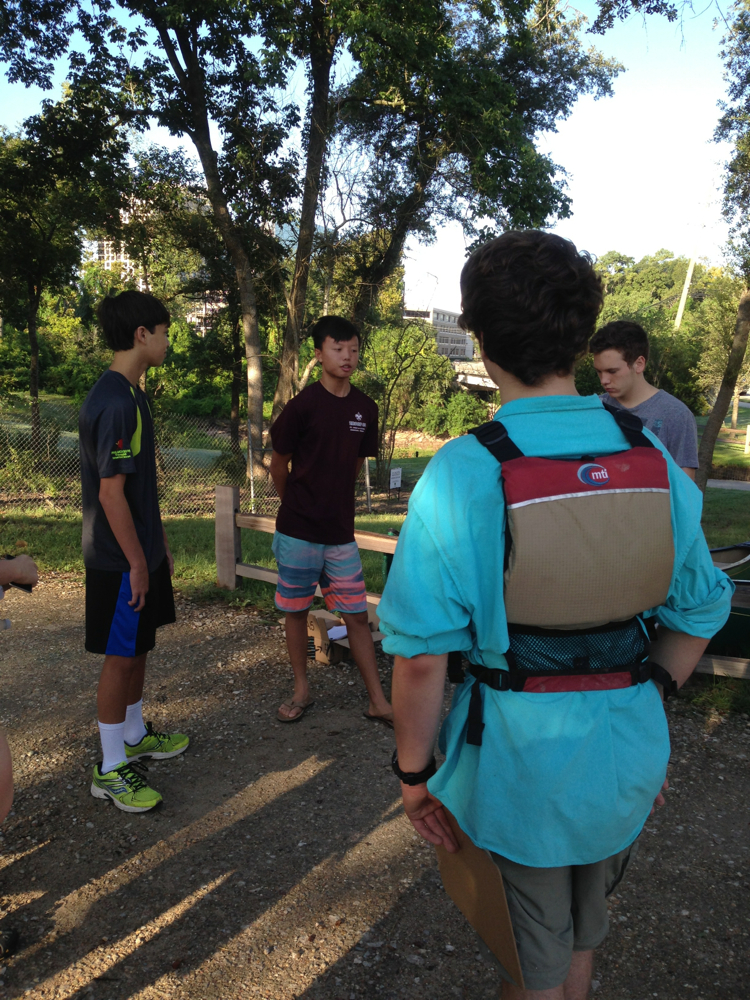 Boy Scout Paul Hung at the Woodway boat launch giving instructions to the volunteers from Troop 55.

Invaders! But No Mosquitoes

The group then commenced carrying their canoes down the hill through the lush, tall grasses and wildflowers that have appeared on the bank since our last visit. But something looked ominous, not right. The harmony was gone. Alas, it turns out that in addition to native amaranth, sedge, smartweed, and ground cherry that have recently installed themselves on the lower bank, invasive Johnsongrass has also settled in there. Perhaps the Memorial Park Conservancy will do some ecological conversion on the bank of the bayou and remove the Johnsongrass. Already the native plants seemed to be struggling amongst the colonies of thick tall grasses.

Some of the adults, who started spraying and handing out mosquito repellent, were surprised to learn that there are no mosquitos on the bayou. Mosquitos do not breed in flowing water, and in any case they have plenty of predators down on the bayou, including damselflies, dragonflies, catfish, frogs, and bats.

After observing the tracks of a heron, raccoon, and some big cat under the Woodway bridge, the group set off downstream on a current that was slightly higher and faster than expected. They planned to meet geologist-naturalist-river guide Tom Helm, leader of our floating geology classes, who had started out earlier paddling his own canoe upstream from Lost Lake in Buffalo Bayou Park. (Because he can, that’s why.)

Paul later reported that despite the rain that interrupted the survey trip around midday, the trip was very productive. The Boy Scouts were prepared for the rain, of course.

Paul wrote in a thank you note to his colleagues: “During the first half of the day before it started raining, we were very productive. We found 64 tracks including raccoon, squirrel, coyote, nutria, great blue heron, egret, duck and turtle. Imagine how many we could’ve found if it didn’t rain!”

Stay tuned for the finale.

Nine days later a park maintenance crew mysteriously had cut down the  wild growth, including groundcherry and other native plants, along the concrete ramp and on the bank below the Woodway Bridge, leaving behind clumps of dead grass to wash into the bayou and exposing the eroding bank to more erosion. But the invasive Johnsongrass was still there. 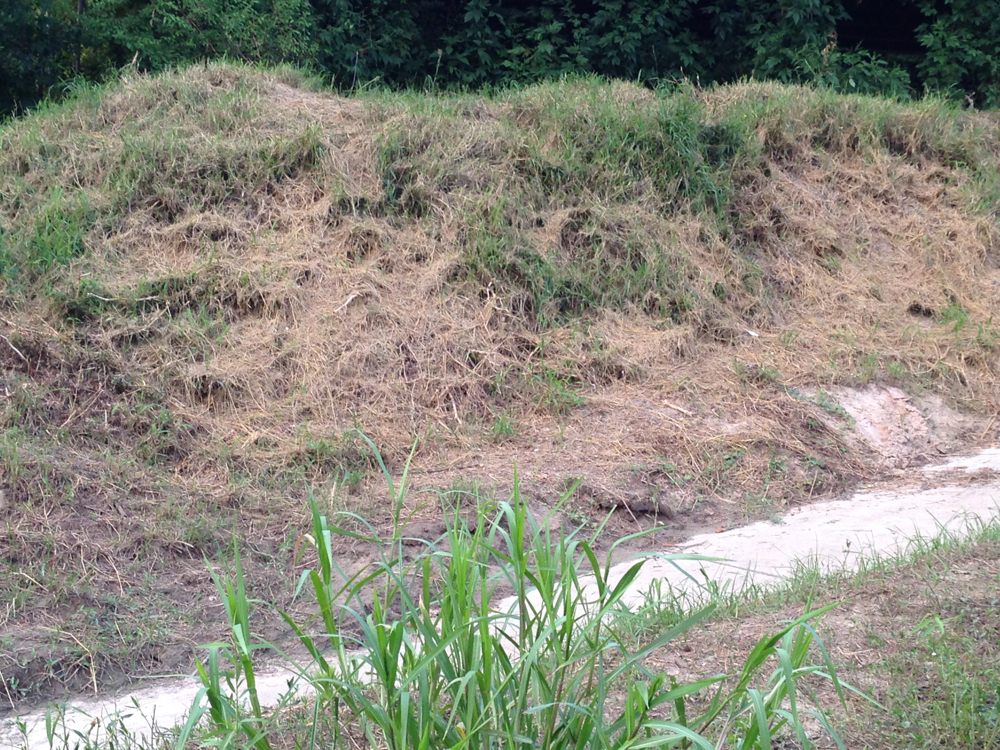 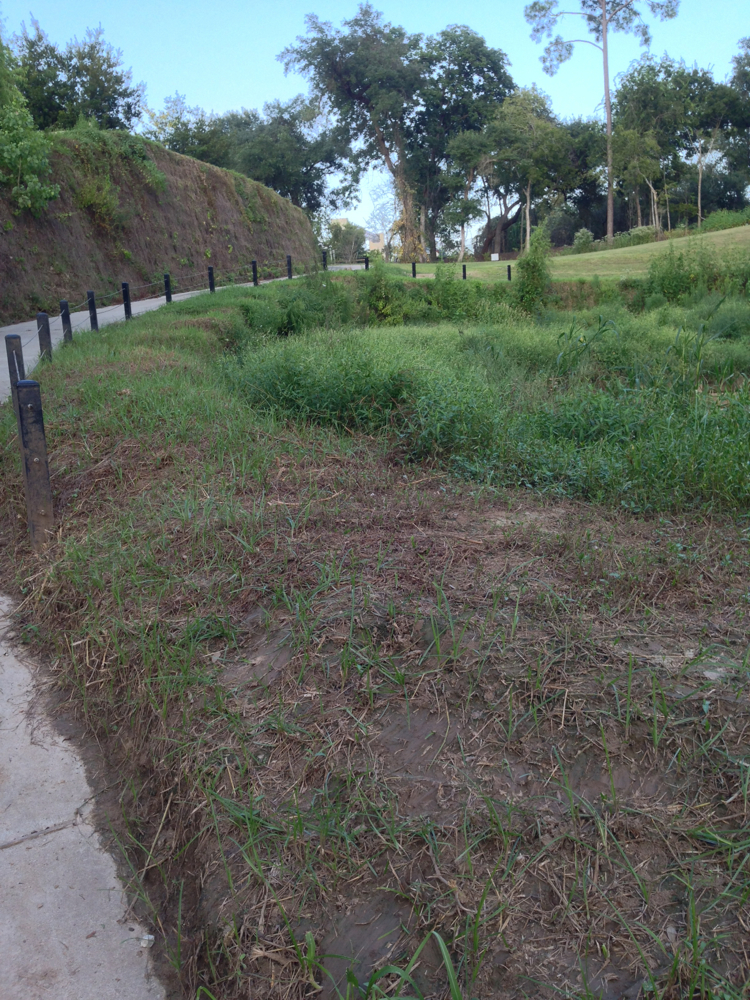