Updated Aug. 9. Radack Doubles Down, Stands His Ground. See below. 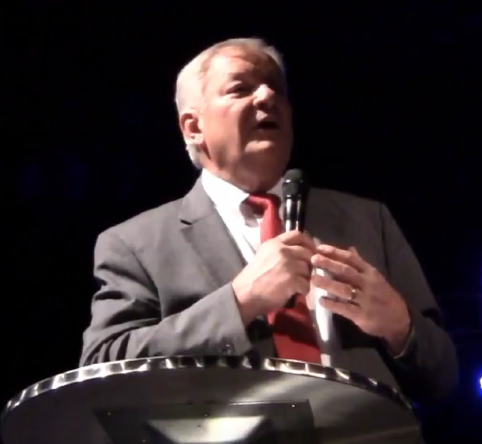 It is rain that causes of flooding, according to Talbott and Radack. Not developers or impervious surface or poor drainage that flows from shopping malls into people’s homes. Not the City of Houston’s lack of enforcement of stormwater detention and mitigation requirements, or the Corps of Engineers relentless approval of the destruction of floodwater-absorbing wetlands, which are supposed to be protected by the Clean Water Act.

Residents Against Flooding has filed a federal lawsuit against the City of Houston and the local Tax Increment Reinvestment Zone (TIRZ) 17 and its Redevelopment Authority for knowingly allowing developers to flood their homes.

Here is a link to the video of Radack’s bizarre comments, courtesy of Cynthia Neely of RAF. The reaction on the Facebook group Houston Flood 2015 Support and Resource Group has been furious.

Channel 11 KHOU and Channel 2 KPRC also picked up the comments.

Radack has not apologized.

Here is a link to the full video of the Cypress Coalition meeting featuring Radack and Talbott.

Radack Doubles Down, Stands His Ground

At a private luncheon meeting with a local political club Tuesday, Aug. 9, Radack doubled and even quadrupled down on his controversial comments that “some people like to flood.”

The county commissioner expanded his observations, telling the audience of about thirty-five business people and politicians that the people who “like to flood” are “people who like to rip off FEMA.”

He gave an example of a person owning a car with a transmission problem who would “deliberately drive off into water.” Radack didn’t explain how he knew that a person deliberately drove into floodwater or why it would be to anyone’s advantage to do that. The National Flood Insurance Program administered by the Federal Emergency Management Agency (FEMA) does not cover vehicles.

The national flood insurance program is deeply in debt and controversial. And it has been accused of having problems with fraud. But the alleged fraud has been perpetrated not by flood victims but upon flood victims by the private insurance companies that collect premiums from them and provide the payouts.

Radack, who has described Buffalo Bayou as nothing but a “big drainage ditch,” went on to talk about regional flooding in general, frequently referring to the “fight against Mother Nature.” This attitude contradicts recent claims by Director Talbott that the Flood Control District was “working with nature rather than against it.” The phrase would also seem to imply that Radack prefers costly “gray” engineering solutions to flooding rather than more cost-effective and beneficial “green” solutions that incorporate natural, vegetated systems.

Also present was Congressional Representative John Culberson, who was very friendly and shook a lot of hands.

However, Culberson and Radack seemed coolish as they passed each other.

Maybe because at the Cypress meeting Thursday Radack had called Culberson “a damn liar.” According to one report, an audience member told Radack that Culberson had said at his own town hall in Meyerland in June that flooding problems were the fault of the county commissioners.

Radack is up for re-election in November.

7 thoughts on “Enjoy Your Flood!”