But the Ike Dike is only one of several ideas being considered for the Houston-Galveston region by the US Army Corps of Engineers and the State of Texas. And in fact, in light of sea level rise (and due to subsidence, sea level is rising more rapidly on the upper Texas coast) and the potential flood damage from future storms, the Corps has been studying the entire Texas coast and gathering information for the past several years. In August 2014, the Corps issued a report called the Coastal Texas Protection and Restoration Project  and held a series of four public workshops. And in May 2015 the Corps issued a Coastal Texas Protection and Restoration Study Final Reconnaissance 905 (b) Report. 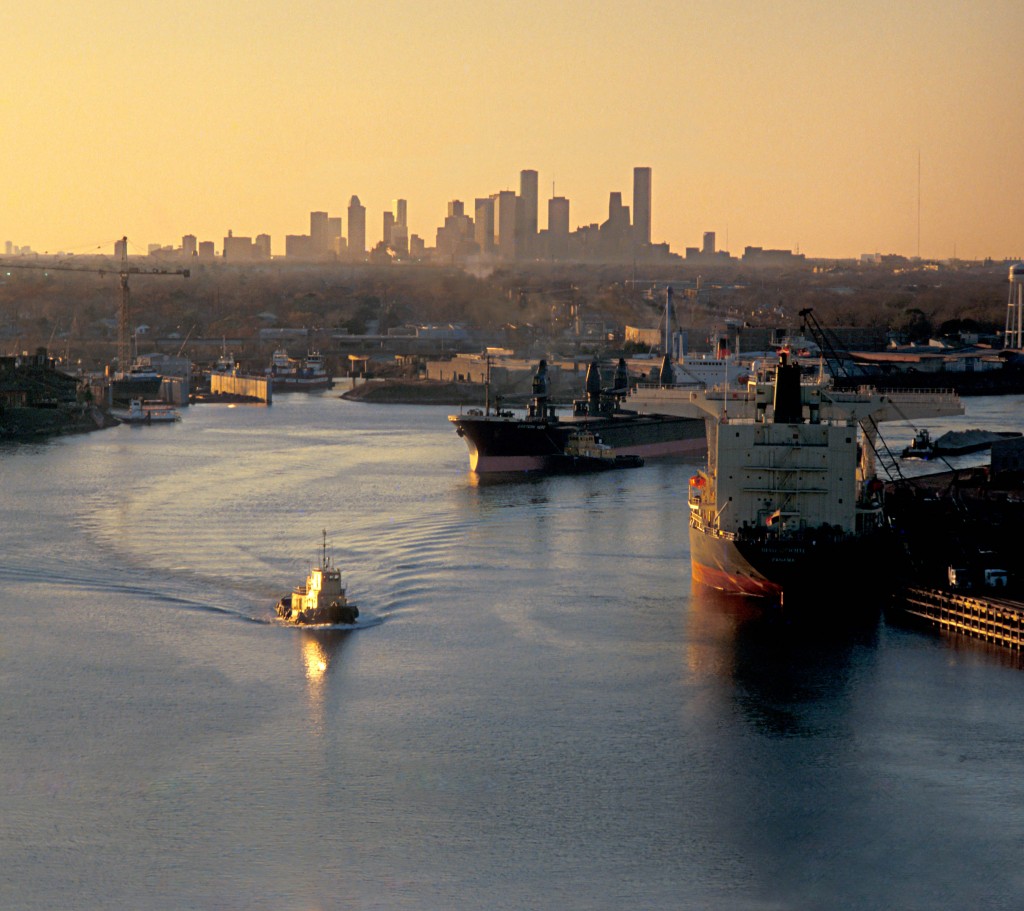 On April 7, 2016, the Corps issued a press release about the feasibility study, which is co-sponsored by the Texas General Land Office and other local governments on the coast. Oddly, perhaps through oversight, the press release does not mention the public comment period.

Brandt Mannchen of the Houston Sierra Club offers the following insight about the study and how to comment on it.

Note that the Severe Storm Prediction, Education, and Evacuation from Disasters (SSPEED) Center at Rice University is holding an Avoiding Disasters conference at Rice April 26-27.

Your Letter Needed By May 9th About Texas Coast Study

The US Army Corps of Engineers (Corps) has published a “Notice of Intent” to prepare a “Draft Integrated Feasibility Report and Environmental Impact Statement (EIS) for the Coastal Texas Protection and Restoration Study” (Federal Register, March 31, 2016, Vol. 81, No. 62, pp. 18601 and 18602).

It is no exaggeration that the fate of our entire Texas natural coastline with important wildlife habitats hangs in the balance with regard to what this study recommends. Your personal letter is needed now so that the Corps hears “loud and clear” that the public wants its natural coastline, marshes, dunes, beaches, prairies, and wildlife habitats left unimpaired and undamaged from gigantic levees, gates, concrete walls, and other massive, structures. The message is: “Leave our natural coastal habitats alone and keep people out of harm’s way!”

The Corps requests that the public answer three questions:

1) What are the critical natural/human environmental problems/needs that should be addressed in the Draft EIS?

2) What are the significant resources that should be considered in the Draft EIS?

3) What are the reasonable alternatives that should be considered in the Draft EIS?

The Sierra Club recommends you make the following points:

1) The public must have more time to review/analyze/comment on this scoping proposal. The Corps should provide a two- to four-week extension of the scoping comment period.

2) The Corps should hold at least one, and more appropriately two or more, public meetings in four locations on the Texas Coast including: Orange-Port Arthur-Beaumont, Houston-Galveston, Corpus Christi, and Brownsville areas. The public must be educated about and see the extent of this study.

3) The Corps must implement an extensive public outreach/input program not just for Texas coastal areas but for all of Texas. Federal and state public tax dollars will be used to prepare/implement the study’s recommendations. Texas, as well as all United States taxpayers, has significant environmental, social, and economic investments and concerns that this study will cover.

5) The study must be comprehensive and address how to restore the coastlines and habitats that have been altered and continue to be altered. For instance, dams trap sediment in rivers/streams; jetties, rock groins, and other human structures catch sediments from the longshore current; marshes and coastal prairie are eroded by the Intracoastal Waterway; development occurs in the 100-year floodplains/storm surge areas and results in the destruction of beaches, marshes, dunes, coastal prairie, barrier islands, and other coastal habitats that act as storm buffers; rise of sea level due to the release of climate change gases impacts the coastlines; wetlands, which soak-up and delay flood waters, are destroyed; etc. The study must address the root causes and not just the symptoms of population growth, development, habitat loss, erosion, wave, tide, current, storm and hurricane impacts on our coast.

6) Reasonable alternatives must not consist of “silver bullets” that create a “false sense of security” and encourage further development in ecologically sensitive or dangerous areas like 100-year floodplains/storm surge areas. No one alternative will resolve our problems. Alternatives must be site specific, not damage natural, recreational, and tourist areas, and must “keep people out of harm’s way.” We must use the philosophy of “working with Nature and not against it.”

Alternatives should not focus on massive, structural, engineered projects, which harm natural, recreational, and tourist areas. Alternatives should focus on non-structural solutions or structural solutions that are adapted to specific areas and have low environmental impacts like: individual levees around industrial plants/units (like storage tanks) to reduce the impacts of oil/chemical spills on the Houston Ship Channel and other ports; do not worsen and ultimately help resolve environmental justice problems for those who live near large public works and industrial facilities; use planned withdrawal (buyouts) in areas where sensitive ecological lands exist and solutions are expensive to build, operate, finance, maintain, repair, and replace, like Bolivar Peninsula and West Galveston Island; acquire buffers that allow marshes and other natural ecosystems to migrate inland as sea level rises; are as low cost as possible, since proposed costs could be in the tens of billions of dollars, and require significant private sector, local, and state financial support.

We must have alternatives that protect the coastal environment and “keep people out of harm’s way.” We must tailor our natural and human solutions in a manner where they fit together well and compliment each other.

Gargantuan projects do not guarantee success in the protection and preservation of our treasured coastline. We need community solutions focused on natural preservation for our and our children and long-term safety, pleasure, and enjoyment. The choice is ours.

For more information or if you have questions please contact: Brandt Mannchen, Houston Sierra Club, 713-664-5962 or brandtshnfbt@juno.com. 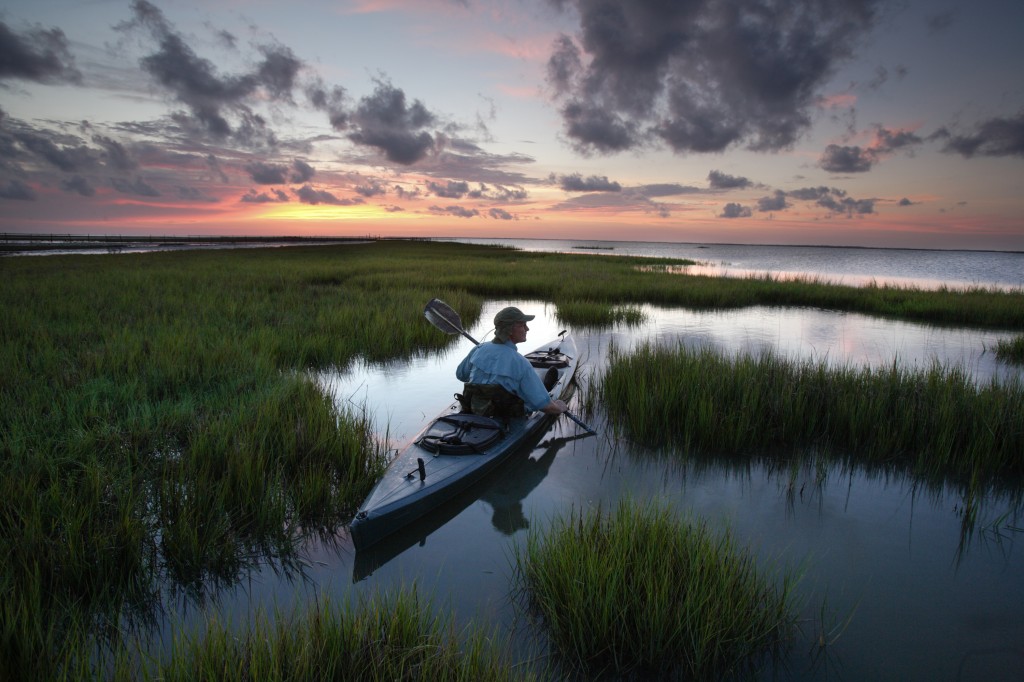 McAllis Point, one of the last large undeveloped tracts on the west end of Galveston Island. Photo by Jim Olive

2 thoughts on “Protecting Galveston, Houston, and the Texas Coast”