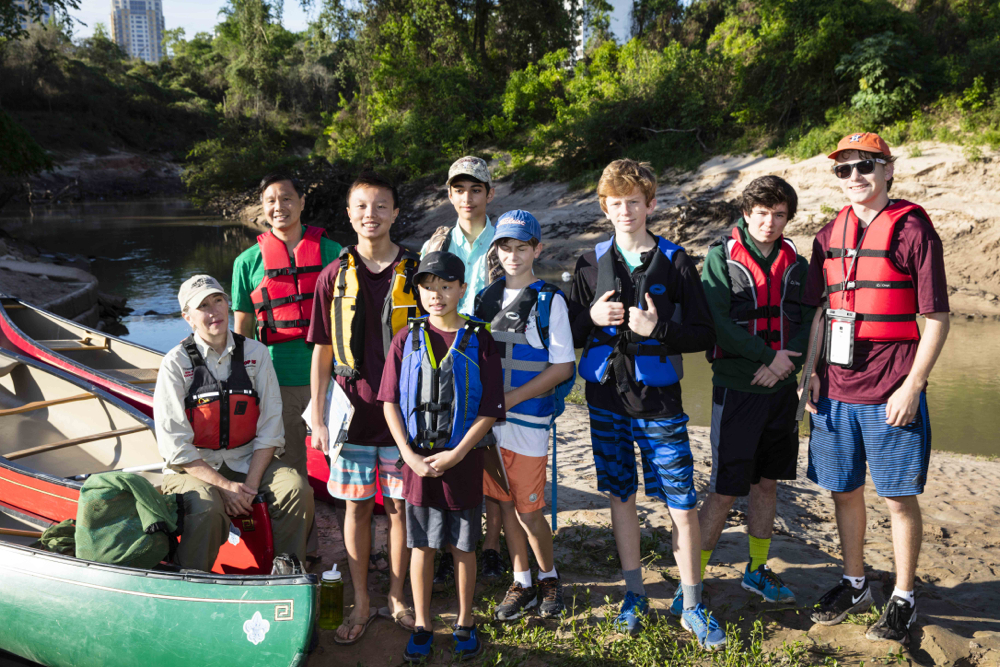 The most impressive tracks we saw were a series of long dragging tracks up and down a sandy bank leading to some very large holes apparently dug out with large claws. 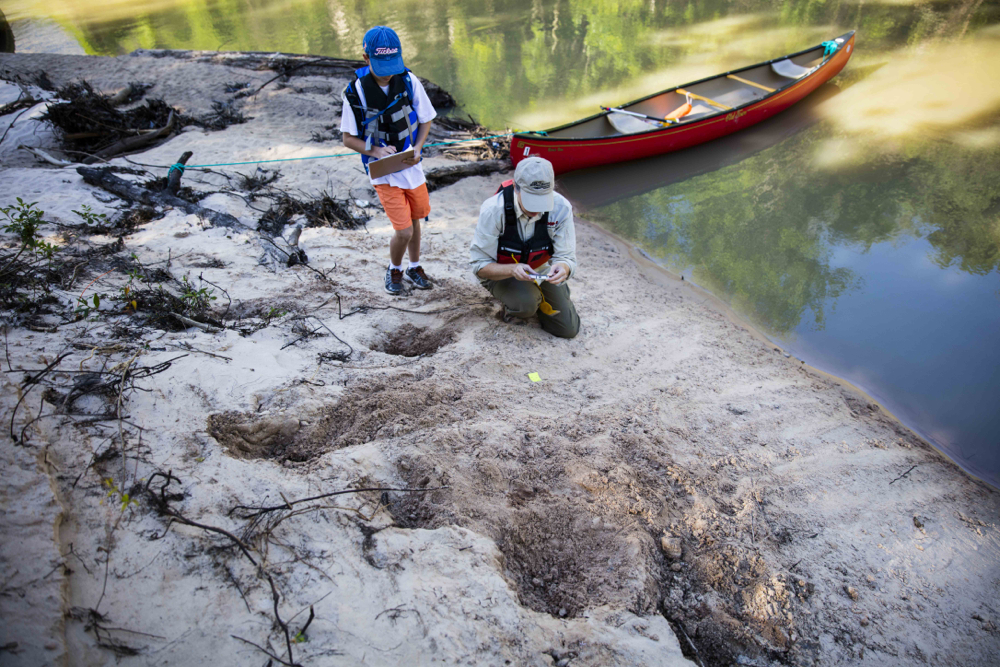 No one in our group could say for certain what this was but we had a lot of ideas:

1. Turtles laying eggs. (But the holes were not covered.)

5. Beavers eating alligator or turtle eggs. (But beavers are herbivores.)

Here is a photo of alligator eggs in the sand.

We also came across a puddle of bright yellow liquid in the sandy bank. It didn’t seem to be coming from a storm drain. It didn’t smell. It had a deep reddish-orange edge.

Stumped about this also, we later asked geologist Bill Heins, one of our super-duper experts, about the bright yellow puddle. Heins responded in an email that he’d seen this too.  He believed it was “natural stuff” and called it amorphous organic matter (AOM) derived from leaf litter. “The AOM may have complexed with red clay,” he wrote.

So to our list of weird liquid stuff naturally produced by decomposing organic matter, we can add bright, clear, yellow puddles in the sand to the rainbow-colored oily sheen in the smelly mud that we’d observed on previous bayou visits. 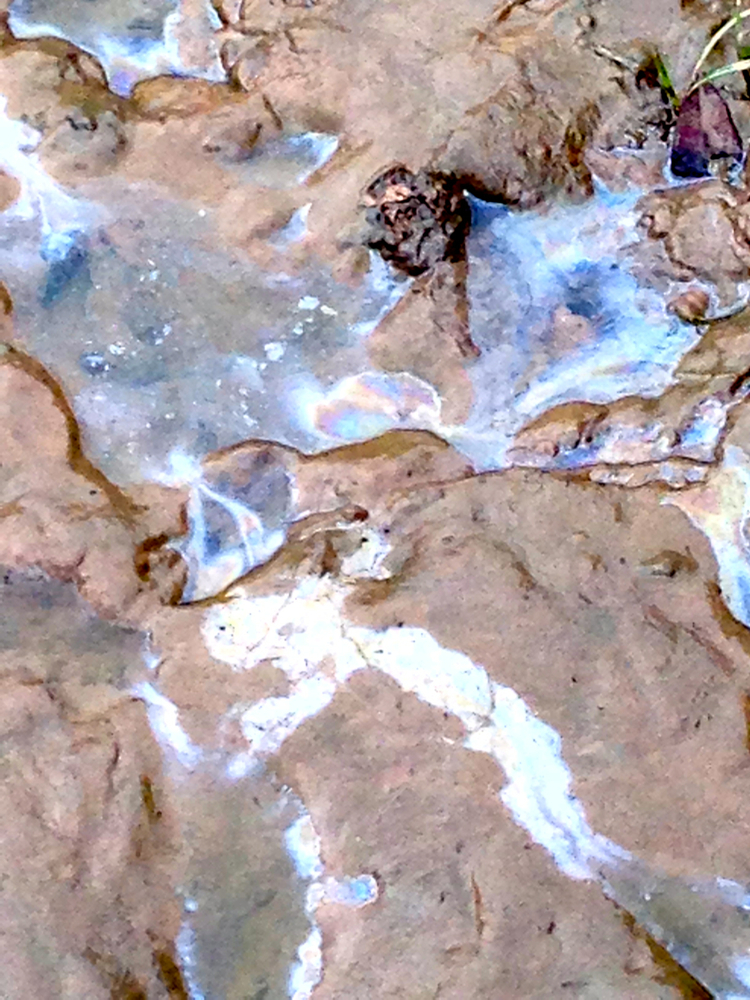 Oily sheen produced by organic matter like leaves and vegetation decomposing in the mud of Buffalo Bayou. Photo by Susan Chadwick, March 18, 2016

Here and there along the banks we observed flying seat cushions nesting high in the trees. These migrating adult brown outdoor cushions have been hanging around since at least the Memorial Day 2015 flood. 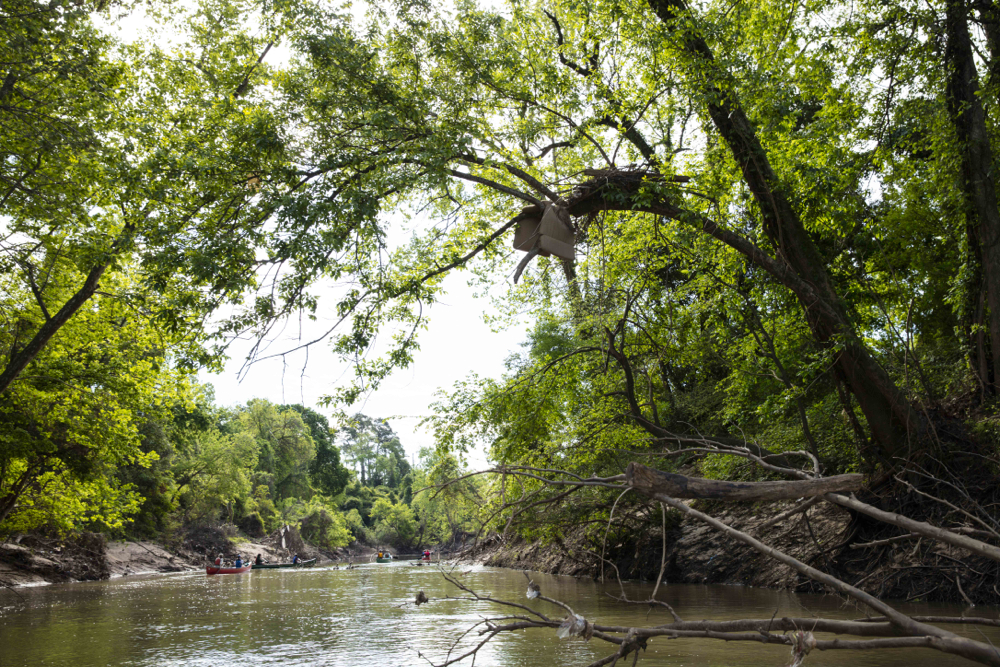 Paul’s summary of the trip:

We did not find as many tracks as we did the last trip, but we did document about 50 tracks this time. The first trip, we found raccoon, beaver, coyote, great blue heron, and white egret. We discovered new species this trip, such as wild boar, nutria, armadillo, and cormorant.

Wildlife was prevalent around the Memorial Park/River Oaks Country Club/Bayou Bend areas. There is a bend in the Bayou just before Shepherd Drive. Once you pass this bend, it is clear that there is no evidence of wildlife on the Bayou.

One thought on “Out on the Bayou with the Boy Scouts”