Richard Nixon was president. The unpopular Vietnam War was galvanizing social unrest. But so was concern for the environment, prompted by the publication in 1962 of Rachel Carson’s Silent Spring, documenting the harmful effects of chemicals in the environment, specifically DDT. Increasing awareness of dangerous pollution in our air, land, and water, among Republicans and Democrats, young and old, rich and poor, prompted passage of such landmark legislation as the National Environmental Policy Act and creation of the Environmental Protection Agency (1970), the Clean Air Act (1970), the Fuel Economy Act (1970), the Clean Water Act (1972), the Safe Drinking Water Act (1974), and much more.

Here is a good history and timeline of these events.

Though environmental critics have claimed that some of this legislation has been used to permit the very activities the laws were designed to prohibit, and some have gone so far to say that Earth Day should be abolished, much of the legislation, rules, and regulations are now being weakened. (See here and here  and here.)

What irony that in just a few months of a pandemic, the air and skies are cleaner and clearer than they have been in a very long time.

In these extraordinary and disturbing times, the streets are almost empty. Today there are no rallies or marches on the 50th Anniversary of Earth Day. There are digital commemorations. And you might want to spend some stay-home time reading about what the City of Houston is doing, including its Climate Action Plan and Resilient Houston Strategy.

The in-person Earth Day events that would have taken place in Houston have been cancelled. Save Buffalo Bayou, along with numerous other environmental organizations, normally took part in these events. 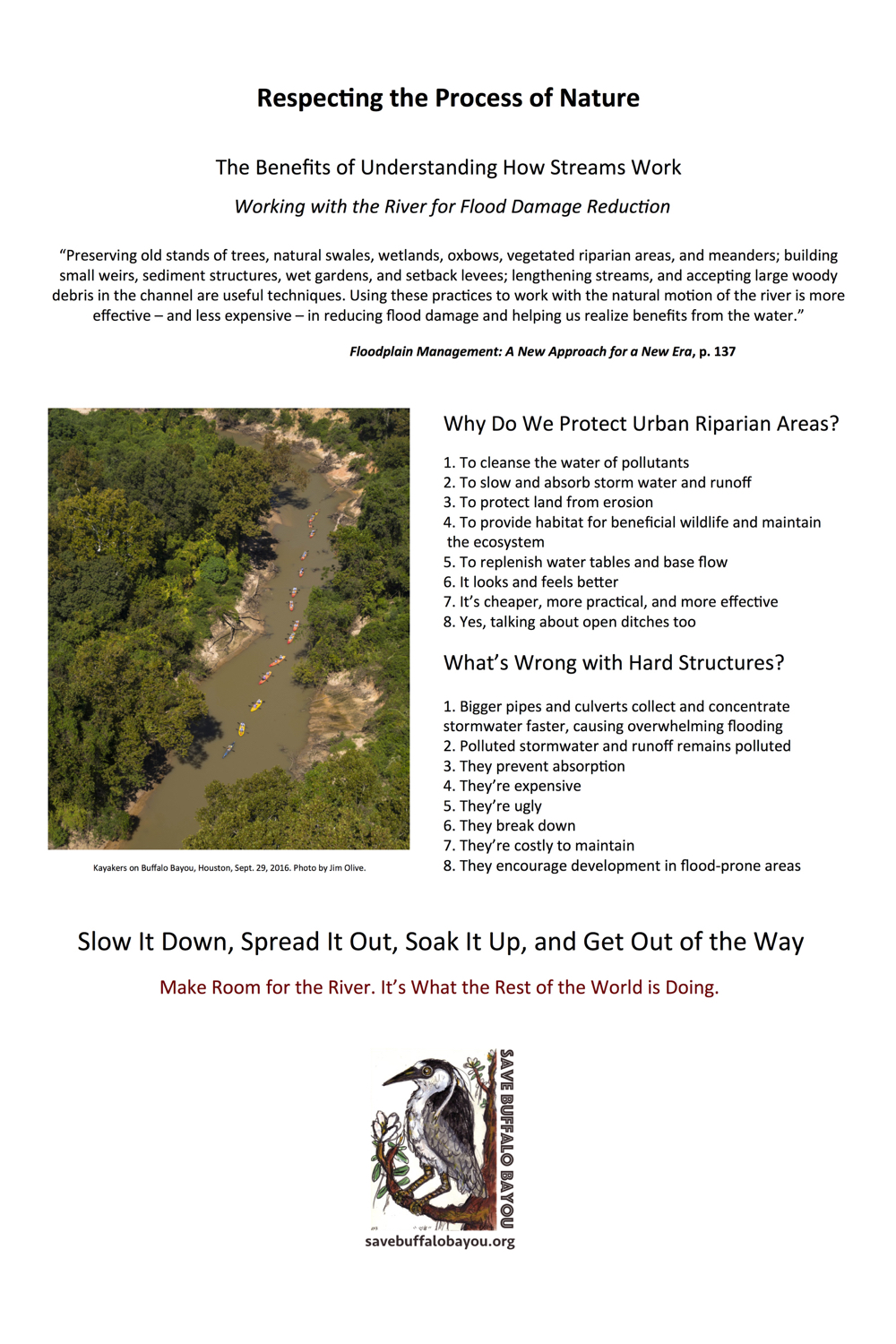