Updated April 8, 2020, with a photo of the Pink Supermoon

Tonight is the full moon, the first full moon of spring. A supermoon. It’s also the closest the moon will be to the earth for the entire year. So that might be another reason to feel crazed.

But by the time you read this, that precise moment, known as the perigee, already happened from our perspective in Houston. The perigee occurred at 1:08 post meridiem (this afternoon). The moon was 221,771 miles away.  But you wouldn’t have been able to see that anyway, because the moon was below the horizon. Duh. Also it was cloudy, and it may still be cloudy tonight when the actual fleeting moment of fullness occurs at 9:35 pm.

Look to the east-southeast (109 degrees on your compass). The moon will still be fairly low on the horizon.

Update April 8: And here’s what Philip Pavlich captured with a cell phone and a spotting scope. 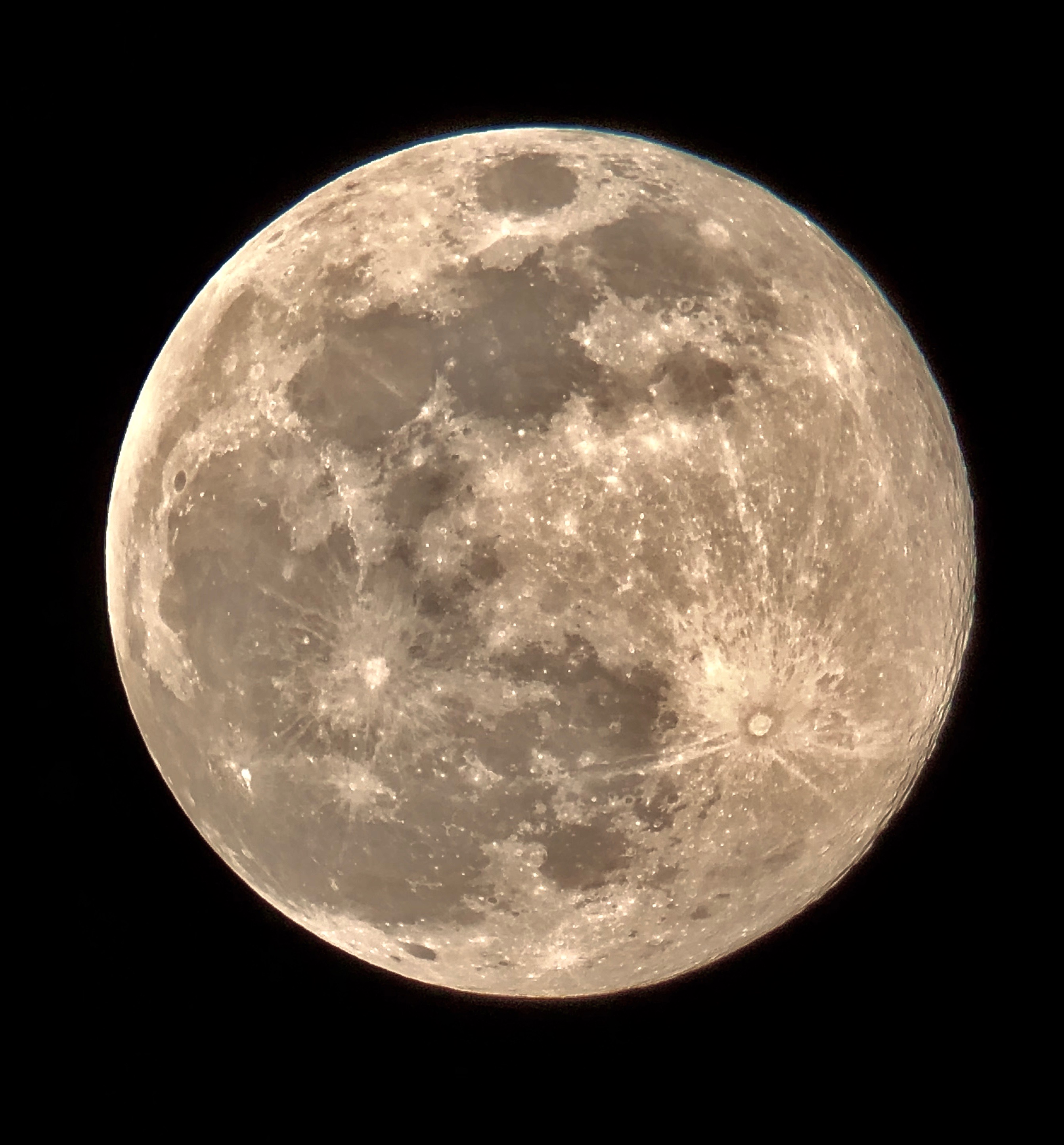 The Pink Supermoon photographed by Philip Pavlich on April 7, 2020, using a cell phone and a spotting scope.

A Pink Supermoon But Not Actually Pink

A supermoon occurs when the moon is full at the same time that it’s closest to the earth.

In case you forgot how this works, we have a full moon every month, sometimes two, which is why we have months. The moon makes a full revolution around the earth every 29.53 days, traveling at a speed of 2,286 miles per hour.

The April supermoon is traditionally called the Pink Moon because it comes with the spring blooming of moss phlox or moss pink, a wildflower native to eastern North America, though not to Texas. We do have several other species of phlox in Harris and surrounding counties, says Katy Emde, native plant expert and member of the Save Buffalo Bayou advisory board.

April’s supermoon has also been called the Sprouting Grass Moon, the Egg Moon, and the Fish Moon.

We do have sprouting grass, eggs, and fish, so there’s that. 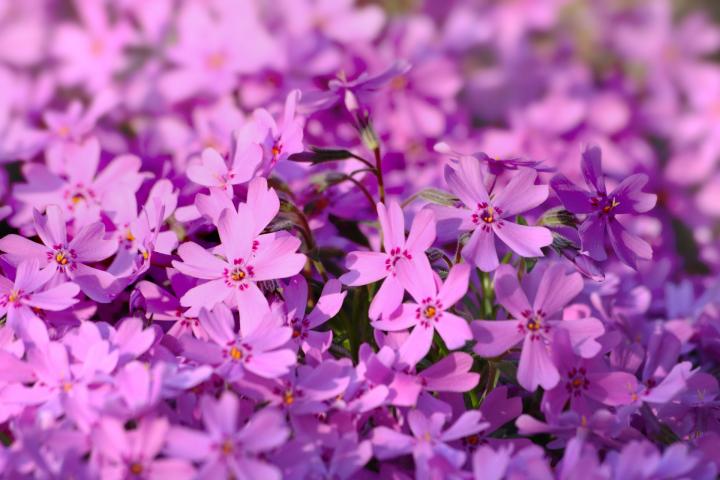 April’s pink supermoon is named after the pink moss phlox, a native wildflower that begins blooming in early spring in the northeastern U.S. Image from The Old Farmer’s Almanac.

Calendars and Disputes About Elections

It seems that public officials have always had disputes about how to measure days, months, and years. Our current calendar, the Gregorian calendar, was adopted by a decree of Pope Gregory XIII in 1582, replacing the old Julian calendar, named after Julius Caesar, who ordered a new calendar to replace the Roman Calendar, because the priests or pontiffs responsible for adding or subtracting days to make the calendar fit with the seasons were “open to bribery in order to prolong the term of elected officials or hasten elections.”

So maybe there’s nothing new under the sun.