Dinosaurs of the Turtle World Right Here in Bayou City

Learn About Alligator Snapping Turtles in Our Houston Bayous at the Houston Sierra Club Monthly Meeting. Open to the Public

The Houston Sierra Club has invited the public to hear about the largest freshwater turtle in North America. The bayou systems of Houston are home to the alligator snapping turtle (Macrochelys temminckii), a species of turtle known as the dinosaurs of the turtle world.

Eric Munscher, director of the Turtle Survival Alliance, and Kelly Norrid, an urban wildlife biologist with Texas Parks and Wildlife, will speak about about two studies currently being done in Buffalo and Greens Bayou to learn more about the habitat needs of these special turtles.

Munscher is currently a regional scientist with SWCA Environmental Consultants and based in Houston, Texas. He obtained his B.S. from Penn State University and an M.S. from the University of North Florida in 2007. Munscher is also the director of the Turtle Survival Alliance – North American Freshwater Turtle Research Group (NAFTRG). He has been studying freshwater turtle populations across the United States including study sites in in Florida, Texas, Pennsylvania, and New Jersey for over twenty years. He and his research group have published over thirty peer-reviewed articles concerning their various research projects. Munscher is also a Florida-certified Gopher Tortoise agent. He has extensive experience in wetland delineation and threatened and endangered species surveys throughout the southeast.

Kelly Norrid is an Urban Wildlife Biologist with the Texas Parks and Wildlife. Here is where you can find more info on the Urban Wildlife Program of TPWD.

Beasts Beneath the Bayou: How Alligator Snapping Turtles Thrive in the Heart of Houston 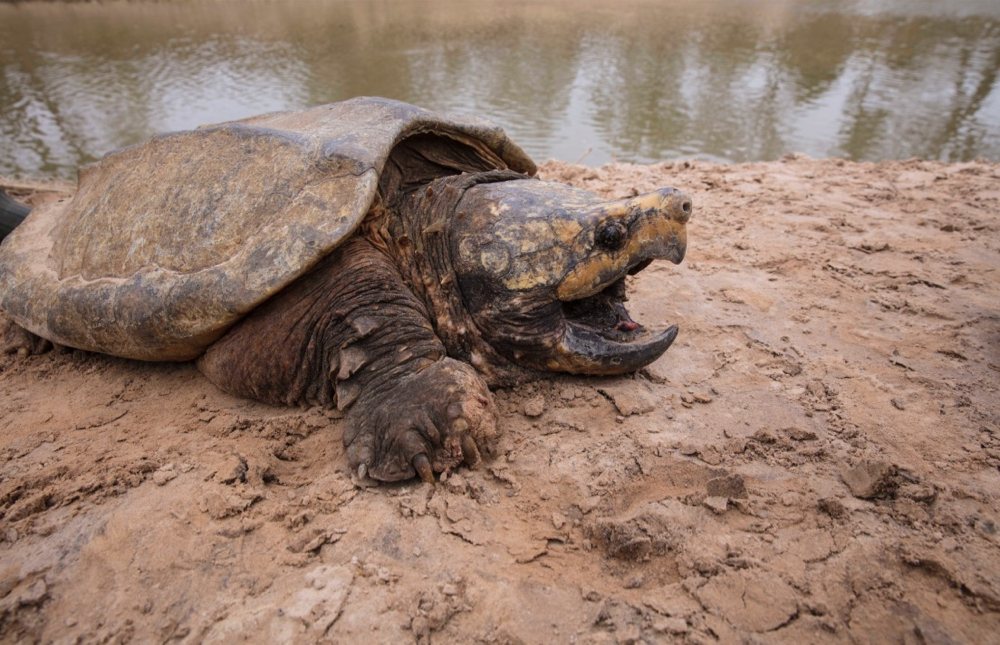