Making Room for the River

By Tara Lohan, The Revelator

In February 2017, when managers released water out of Lake Oroville [in California] to prevent the dam from failing, it went raging down the Feather River, a tributary of the Sacramento River. Another disaster could have occurred downstream where the Feather River’s channel narrows and the levee has failed before.

But the Three Rivers Levee Improvement Authority completed a project in 2010 to set the levee back along six miles of this dangerous stretch of river, which gave more room for high flows to pass through without the risk of levee damage or failure, while also creating 1,500 more acres of riparian habitat.

Previous flood plans have been mostly about building infrastructure — levees, dams and flood walls, says [John Cain, director of conservation for California flood management at the nonprofit American Rivers]. This new plan still allows for strengthening levees in some places, such as around the cities of Sacramento and Stockton, but there’s also more focus on restoring floodplains and setting levees further back from the river.

That’s not always as easy as it sounds when much of the area you want to allow to flood already contains housing developments, shopping malls or prime agricultural land.

“Private landowners can be reluctant, so coming up with some incentive package is a hurdle,” says Cain. “You’ve got to find the funding and the political will to do that. That’s a very big challenge.”

Read the rest of this article in The Revelator. 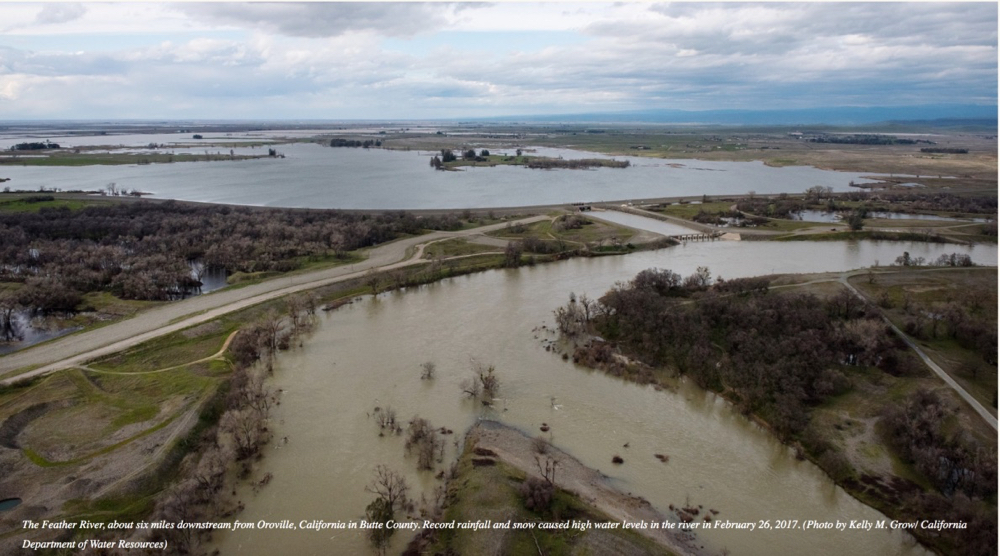