Send to Corps of Engineers by Friday, May 31

Should we spend billions to dig a gigantic concrete tunnel to drain stormwater from the west side of Houston directly east into Galveston Bay? (At the same time that we spend over $1 billion to build a 39-mile giant pipe to bring drinking water from the east to new development in the west.)

Or should we buy up land, protect it as greenspace, and use it for natural stormwater detention, slowing the runoff before it overwhelms the dams and adds to flooding in Buffalo Bayou? And maybe buy flood-prone houses and other structures, move them out of harm’s way.

The US Army Corps of Engineers is asking for public opinion as it studies ways of reducing flood risk along Buffalo Bayou and its many tributaries. This includes upstream and downstream of the federal flood control dams Addicks and Barker, both of which drain into Buffalo Bayou. Homes, schools, and businesses were badly flooded upstream and downstream of the reservoirs during Harvey.

Public comments are due by Friday, May 31. The study is known officially as the Buffalo Bayou and Tributaries Resiliency Study (BBTRS). Comments received will be used in the development of an Environmental Impact Statement in accordance with the National Environmental Policy Act, according to the Corps.

The diverse measures being considered by the Corps in cooperation with the Harris County Flood Control District include tunnels, bypasses, levees, a new reservoir/dam, detention, “channel improvements,” as wells as “property acquisition,” flood proofing, signage and flood warning systems, public education, increasing storage capacity within the existing reservoirs, and more.

A study recently released by the Greater Houston Flood Mitigation Consortium concluded that a Third Reservoir on the Katy Prairie near Cypress Creek in northwest Harris County would do little to reduce flooding.

BBTRS@usace.army.mil is the email address for asking questions and sending in your comments and suggestions about what the Corps and the Harris County Flood Control District (and Fort Bend County) should be doing about flooding. Note that this does not include what the City of Houston could or should do.

You can also mail your comments to the Corps. Be sure they are postmarked by May 31, 2019.

The three primary problems being addressed by the Corps are:

Save Buffalo Bayou is in favor of stopping and slowing stormwater runoff before it floods our bayous and streams. This is modern floodplain management. That means more trees and greenspace, more wetlands and prairies, more detention in neighborhoods and shopping malls, more permeable surface. Focusing on collecting and conveying more stormwater faster—and destroying our natural landscape and drainage system in order to do it—only leads to more flooding. Dredging, deepening, and widening the bayou and other streams only leads to bank collapse, constant maintenance and repair, and more flooding.  (See here and here and here.) It’s like building bigger freeways: it doesn’t work.

Floodplain Management: A New Approach for a New Era, p. 137 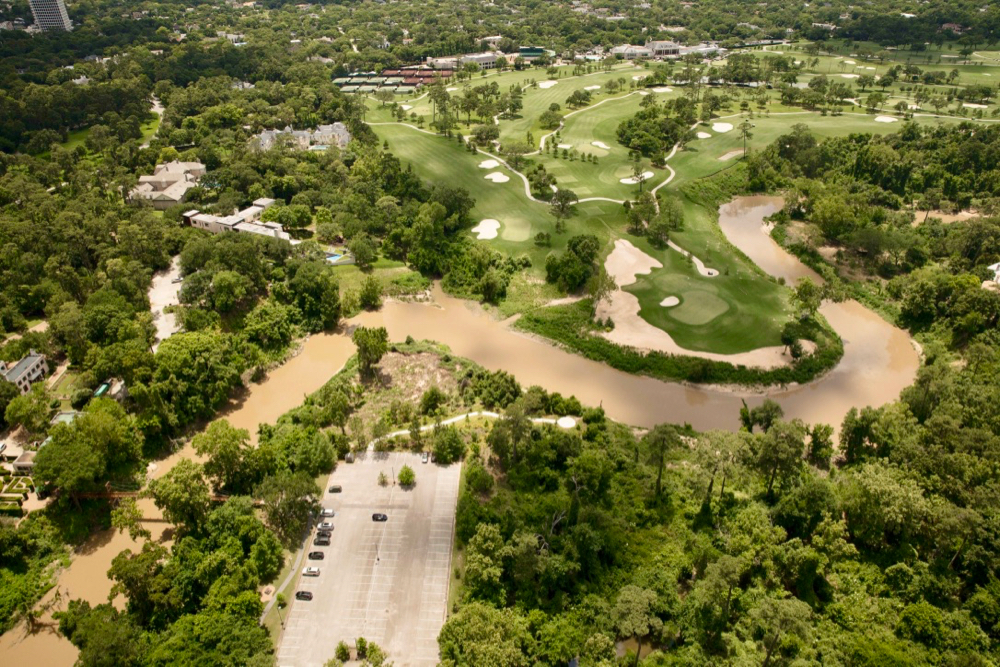