More Stormwater Running Off into Addicks Dam and Buffalo Bayou

Keep in mind that the Greater Houston Flood Mitigation Consortium recently found that stormwater detention requirements for new development were not working. But we knew that. If they were working, we wouldn’t be talking about billion-dollar flood tunnels and deepening and widening our bayous.

The vacant land is located west of Addicks Dam

Houston City Council approved a new municipal utility district in the 100-year floodplain, despite opposition from some members who say additional development could make flooding worse.

More than 600 acres of vacant land in the Katy area will be developed for single family residential and commercial use. The land is located west of the Addicks dam, which flooded surrounding neighborhoods during Hurricane Harvey. The nearest major drainage facility is South Mayde Creek, which flows into Buffalo Bayou, then the Houston Ship Channel.

Councilmember Brenda Stardig, who represents parts of West Houston, voted against the measure based on guidance from flooding experts.

“When someone that’s in the know about that dam tells me the development west of that dam has contributed to the issues, then I have to hesitate,” Stardig said. “My district would probably not appreciate me supporting this at this time because of the fact, like I said, that it’s outlined that it’s in the floodplain.”

Read the rest of this report at Houston Public Media. 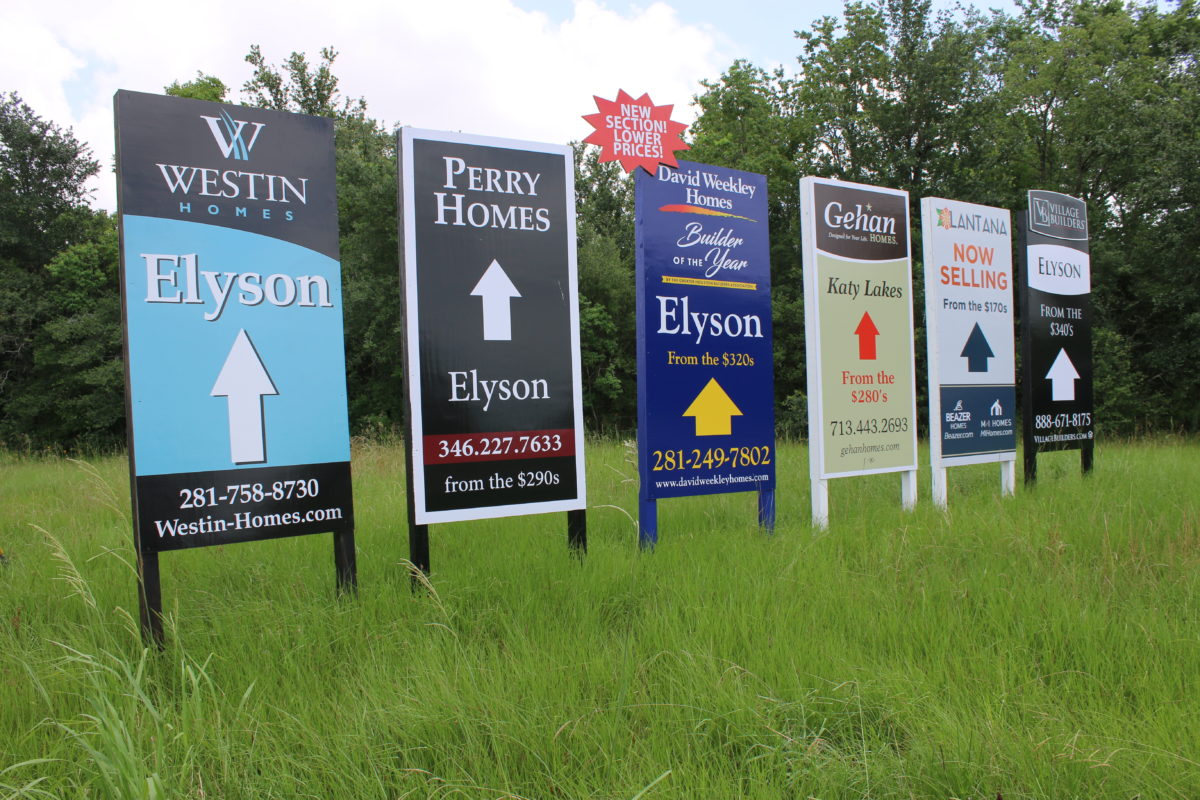 Signs pointing to the future on the Katy prairie. Photo by Shannon Harrison for Houston Public Media.