What Happened in 2017? Some Things We Remember Besides Harvey

The year 2017 started off for Save Buffalo with our editorial in the Houston Chronicle warning against the folly of believing that cutting down trees and widening and deepening our bayous and streams is the most effective response to flooding. Nobody does that any more. It’s counterproductive, damaging, and costly. The practical focus is on stopping stormwater before it floods a stream. But in Houston developer and engineering interests as well as politicians continue unwisely to call for bigger and more expensive drainage pipes and “improving” our bayous and waterways at great taxpayer and environmental expense. Widening the floodplain would be a good idea, creating Room for the River, as the Chronicle has reported as part of its excellent series in the wake of Harvey. Save Buffalo Bayou has been talking about Room for the River, working with nature, for years. That means not building in flood-prone areas and buyouts of  buildings in the way, among other things. 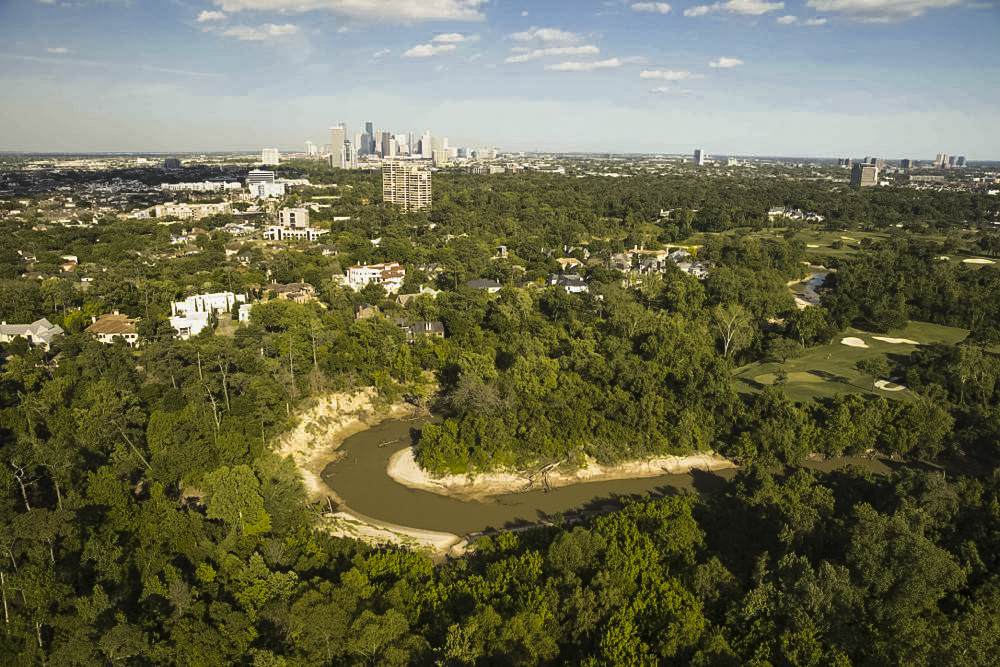 Aerial photo of Buffalo Bayou flowing towards downtown by Jim Olive on April 7, 2017. The public forest of Memorial Park is on the bottom. Property of River Oaks Country Club is on the opposite bank.

Then in January Terry Hershey died, one of Houston’s inspirational environmental leaders, a protector of Buffalo Bayou.

In April Jim Olive went up in the air and took a stunning series of photographs, including the photo above, of Buffalo Bayou flowing past Memorial Park and the Hogg Bird Sanctuary in the middle of Houston. You can see the photos here. You might also want to look at our series, A Bend in the River, documenting the changes in a bend of the bayou through the seasons.

Later that month, after a delay of nearly two years following the last public comment period, the Army Corps of Engineers issued a permit for the long-delayed Harris County Flood Control District project to strip, dredge, and reroute over a mile of this stretch of the river, a historic nature area and one of the last forested, publicly-accessible stretches of the bayou. We asked and waited impatiently for the Environmental Assessment required by law.

While we waited an amazing trove of bottles and broken glass from the early twentieth century surfaced on the bank below the high cliff on the eastern edge of Memorial Park, an area designated a State Antiquities Landmark. This high bluff and the rest of this historic area would have been destroyed by the flood control district’s “restoration” project. You can thank Save Buffalo Bayou that it wasn’t. 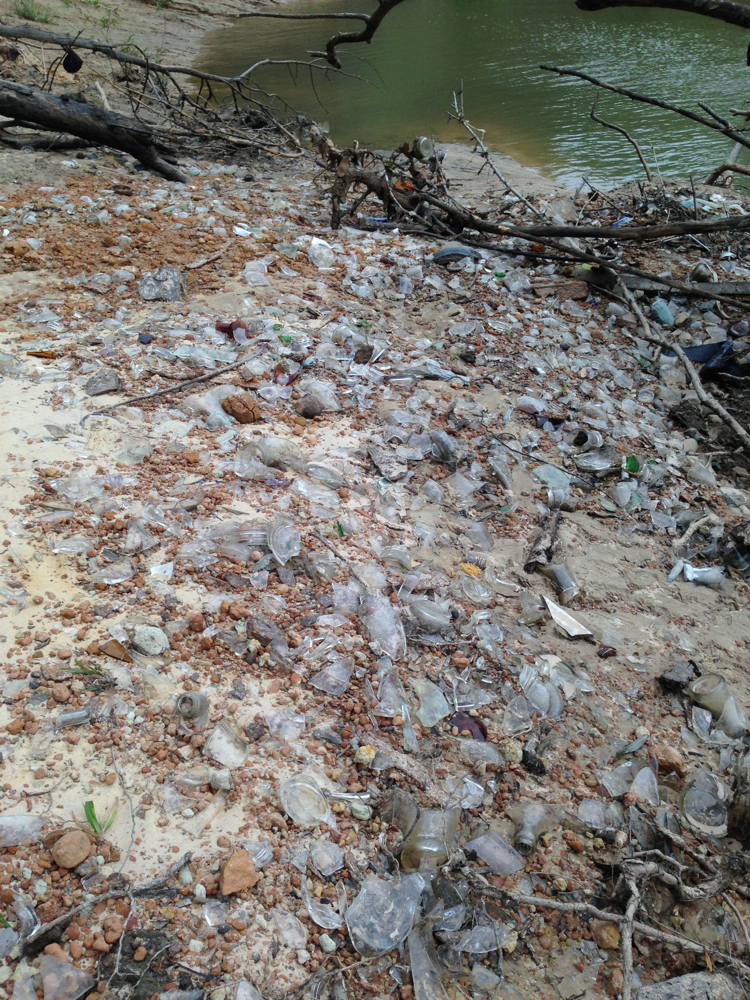 Broken glass bottles, probably from the trash of the World War I military camp that was once in the area, washed out on the bank of Buffalo Bayou in Memorial Park. Photo May 19, 2017.