The Problem with Dams

If You Build Them, They Will Come

Some two months after the flood, neighborhoods on upper Buffalo Bayou were still haunted. A moldy, gray pall hung in the air like the Spanish moss draped in the trees. Houses were empty, their windows dark, walls stained where the dark floodwaters rose. Lawns and gardens were ruined, muddy and brown. Scattered piles of debris, broken mirrors and plasterboard, lined the nearly lifeless streets. The air, even out of doors, smelled of mildew.

“They’re having a hard time being more …. positive,” said resident Michelle Foss, her voice trailing off, looking towards a house where a family with children had to be rescued by helicopter from the roof.

Halloween decorations in front of a home in Briargrove Park on Buffalo Bayou that flooded during Hurricane Harvey. Photo by SC Oct. 20, 2017

Foss’s neighborhood is Briargrove Park. Like most of the subdivisions along Buffalo Bayou, it was developed in the decades after the federal government built two earthen dams west of Houston on what was then, in the late 1940s, mostly prairie—ranch and farmland. But the land next to the ancient meandering river, in the natural floodplain, was graced with forests of tall oaks and other trees—ideal for upscale residential development. With the construction of the dams, the floodplains were now considered safe. During heavy rains, the reservoirs behind the dams, Addicks and Barker, would hold back the waters of Buffalo Bayou, Houston’s main river, its Mother Bayou, and several creeks flowing into it, until the rain runoff collected in the bayou below the dams could empty into Galveston Bay.

It was a classic case of moral hazard, a situation identified by the late renowned geographer Gilbert White as early as 1942 in a paper titled, “Human Adjustment to Floods.” Government sponsorship of structural solutions like levees and dams that protect floodplains encourage development in those floodplains, which leads to damages that are often worse than what would have happened prior to construction of the levees and dams. (pp. 17-18) (See also p. 2.)

In the wake of Hurricane Harvey, the calls for a new or third reservoir in west Houston are virtually unanimous.  It’s worth considering whether that might be a mistake. 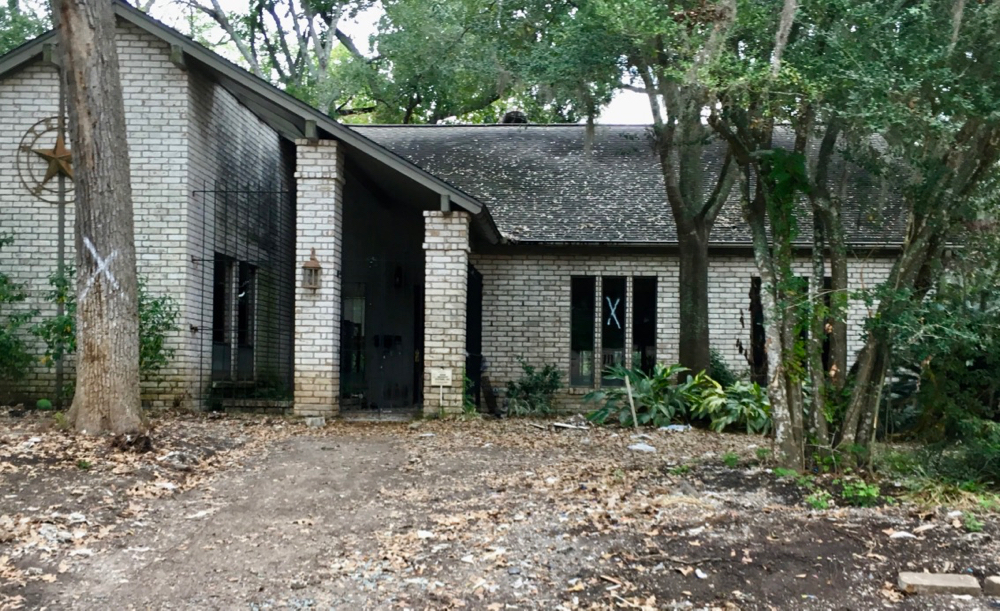 A house that flooded next to Buffalo Bayou in Briargrove Park. Photo by SC on Oct. 20, 2017

One thought on “The Problem with Dams”


Standard by Save Buffalo Bayou 5 years ago 1 Comment Uncategorized