A pretty good report from Channel 13 investigative reporter Ted Oberg that aired yesterday. HCFCD Director Mike Talbott is quoted as saying that those magnificent thousand-year-old cliffs on the bayou are a “scientific sign that the bayou is trying to change course.”

Since those cliffs haven’t changed much in over a century, apparently the bayou is taking way too long to change course and the county is going to speed things up by bulldozing the cliffs, digging new channels in the bayou, and ripping up all those trees that keep falling in the water and “clogging it up.”

Talbott is also quoted as saying the bayou is trying to change course by “eroding the land at the water’s edge” at the bottom of the cliffs while the tv shows what looks like a lot of sand deposited on the bank at the bottom of the cliff. That would be sand from upstream, where most of the sediment comes from (according to the HCFCD’s permit application to the Army Corps of Engineers).

But watch for yourself and decide. And thanks, Ted Oberg, for paying attention.

(Sorry, below is a screenshot of the stubborn bluff from the television report. You can’t punch the arrow to make it move.) 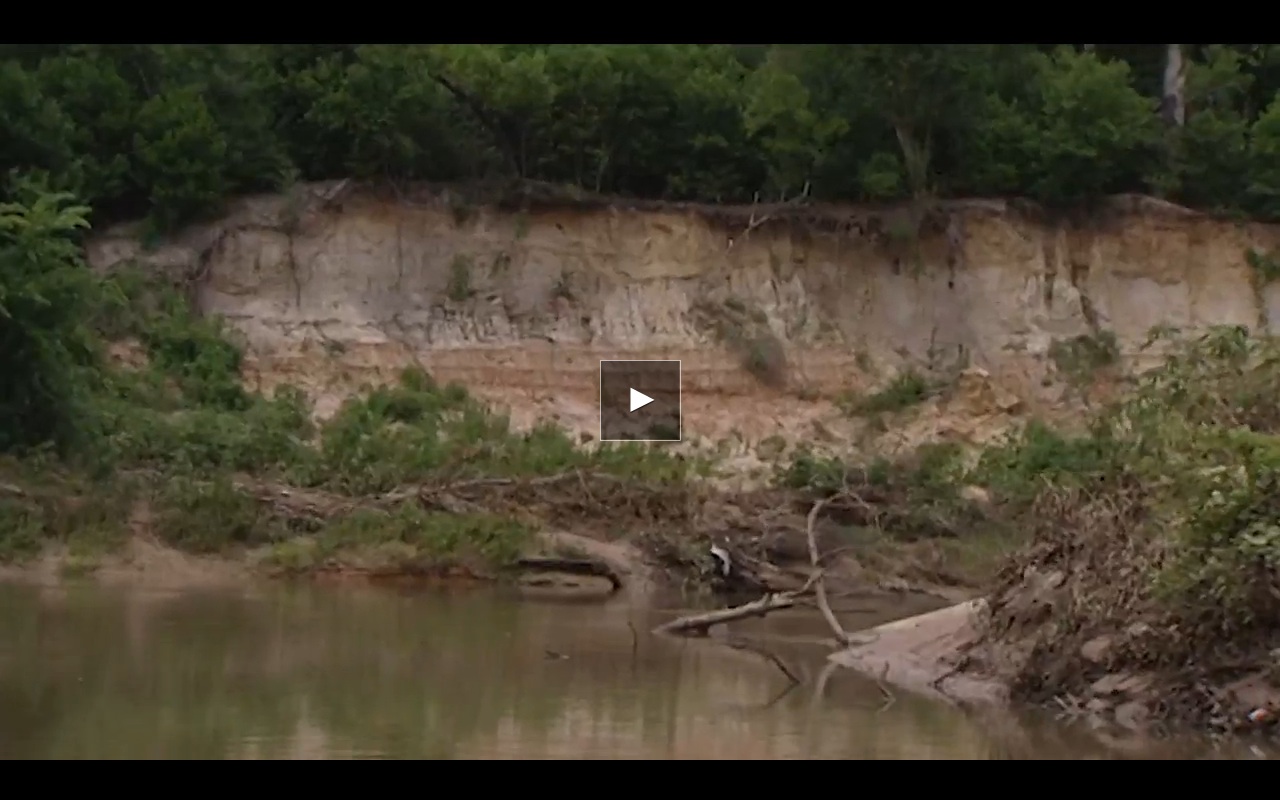 Thousands-year-old cliff taking way too long to erode away. County will bulldoze it instead.