What we found canoeing Buffalo Bayou

A group of scouts discover wildlife and a habitat worth preserving 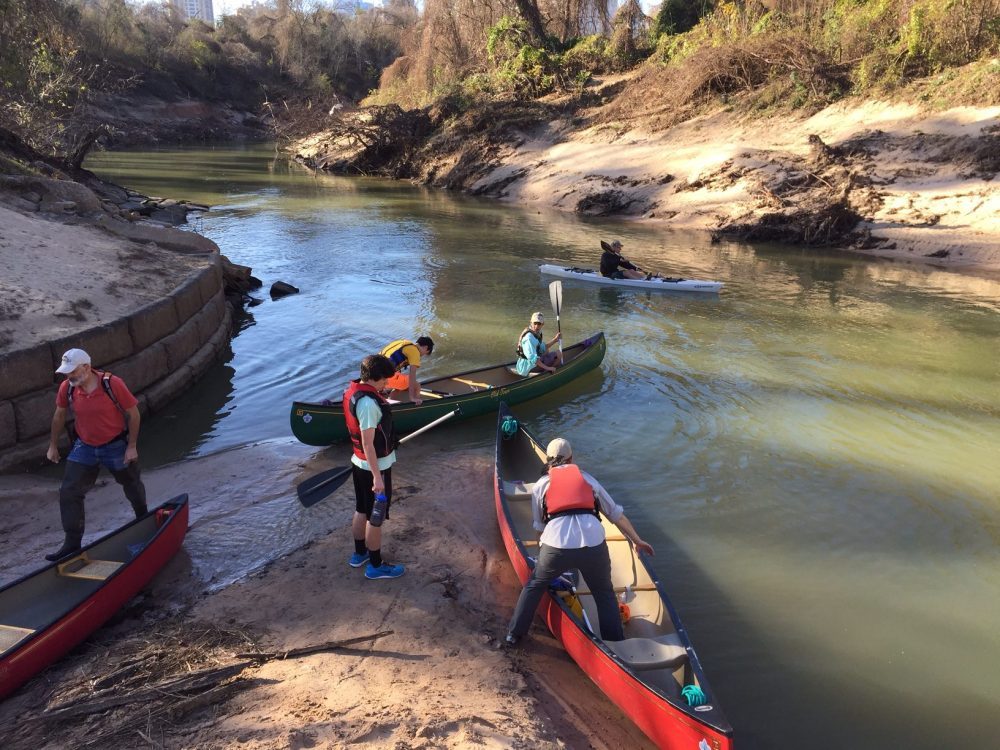 Launching canoes on Buffalo Bayou for the first wildlife excursion in January 2016. Photo by Jim Olive

Rays of Texas sunlight peeked through the riparian forest and reflected off the river current, guarded by sandy banks and high cliffs. A blue heron seemed to be following us as it soared overhead, releasing its echoing call through the clear skies. An alligator gar splashed in the water as it sensed our approach. We saw evidence of recent beaver activity: Footprints in the sand and chew marks on the tree stumps.

As our journey continued along Buffalo Bayou, the 18,000-year-old waterway, I was awed by the abundance of wildlife, the scenery that surrounded us.

I live in a subdivision in the southwest part of the city, and we were in the middle of Houston, the fourth-largest in the U.S., with a population over two and a quarter million people. And here I was floating down a dreamlike river in what seemed like a faraway land.

I had been preparing for this expedition for months. My mission was to inventory the wildlife along the bayou. This was my public service project to earn the rank of Eagle Scout. Eleven of my fellow Boy Scouts in Troop 55 had volunteered to help. Our plan was to photograph the animal tracks we found and carefully catalog them with their GPS coordinates. The weather conditions had to be just right, and today was the perfect Saturday to explore – sunny and clear.

We needed good weather, because we were going to canoe down the bayou, and the water level had to be low enough so that we could see the animal tracks on the sandy banks. The Army Corps of Engineers, which controls the two federal dams upstream, had assured us that the water level in the bayou would stay low throughout the weekend.

This would be the first of four trips documenting wildlife tracks on the bayou as it flows past Memorial Park. These expeditions spanned a year. In the end, more than 30 volunteers documented 225 animal tracks and logged 327 conservation hours towards this project. I published a guide that summarizes our discoveries and illustrates some of the most common tracks. But this is what we saw that day.

Read the rest of this lovely essay by Eagle Scout Paul Hung in the Houston Chronicle.