They Have a Job To Do

Wet weather and high waters in Buffalo Bayou and other streams have brought more snakes into Houston area yards.

Serpents slither but really they’ve been getting a bum rap since that report about an alleged role in losing paradise.

A reader recently sent in a photo of a couple of snakes in his neighborhood on Buffalo Bayou. His dog had cornered a snake in his yard, he said. The snake coiled, tensed and opened his mouth. Thinking to protect his dog, the man speared the snake with a heavy bar. A few minutes earlier, a neighbor had also encountered and killed a snake on his property. Hence, the photo of two dead snakes. 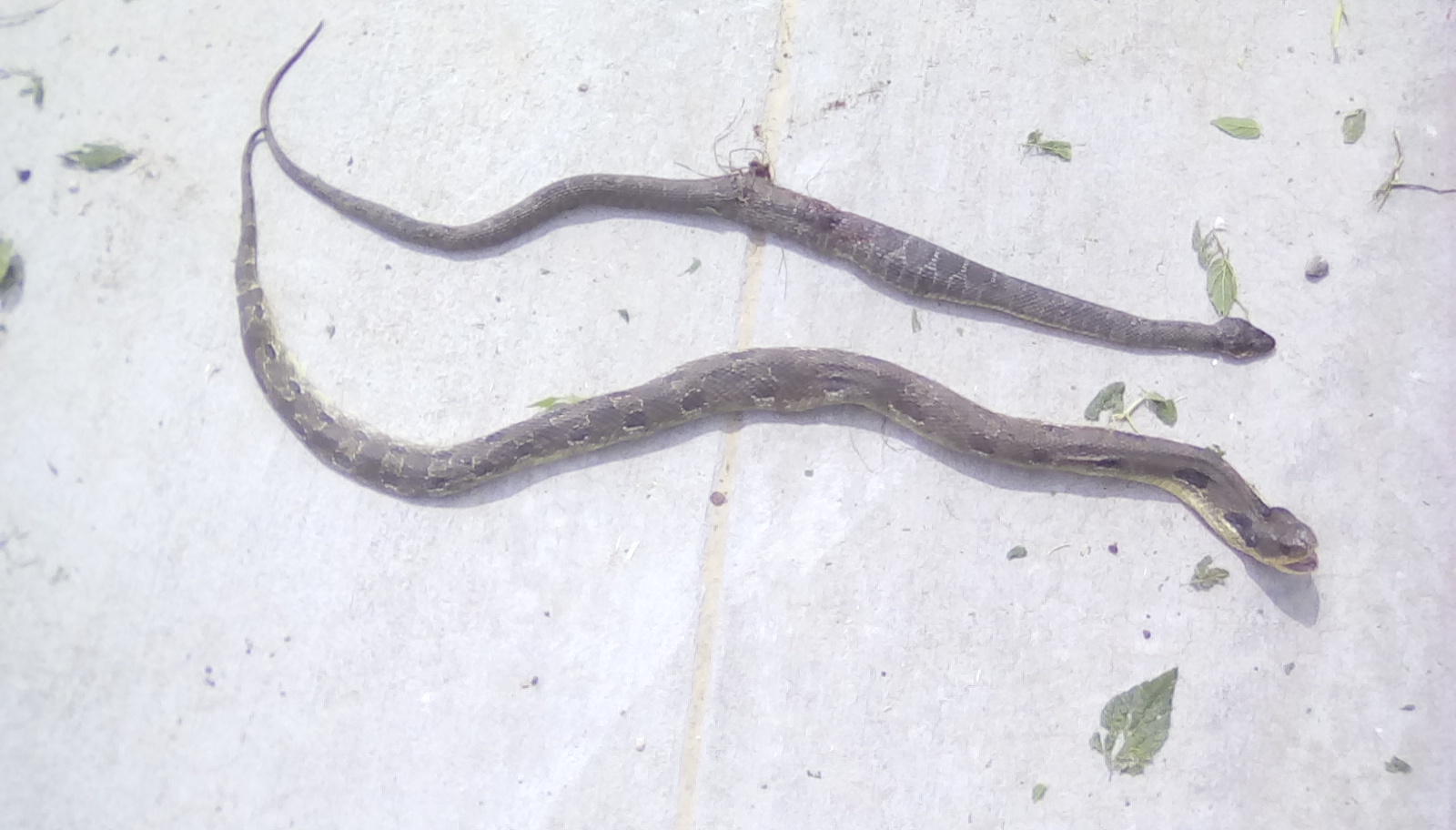 Two snakes recently killed in a residential neighborhood on Buffalo Bayou were not venomous.

It turns out, however, that neither of these snakes was venomous.

The snake with its mouth open is probably an Eastern Hognose snake, according to our expert naturalists. “Harmless but puts on quite a show,” wrote environmentalist Bruce Bodson in an email. “The other one appears to be a Blotched Water Snake, also harmless but will bite in self defense.”

One thought on “Please Don’t Kill the Snakes”


Standard by Save Buffalo Bayou 7 years ago 1 Comment bayou, snakes