After the enormous Memorial Day storm last year, the Corps began releasing impounded stormwater at 3000 cubic feet per second (cfs) for the first time. Normally the release rate is limited to 2000 cfs as measured by the Piney Point gauge. The Corps does not release water from the dams during a rain event, and the high releases began on June 1 and continued for ten days, finally dropping on June 12. The banks were already saturated from the storm, and the damage from the extended high flow was plainly visible up and down the bayou. 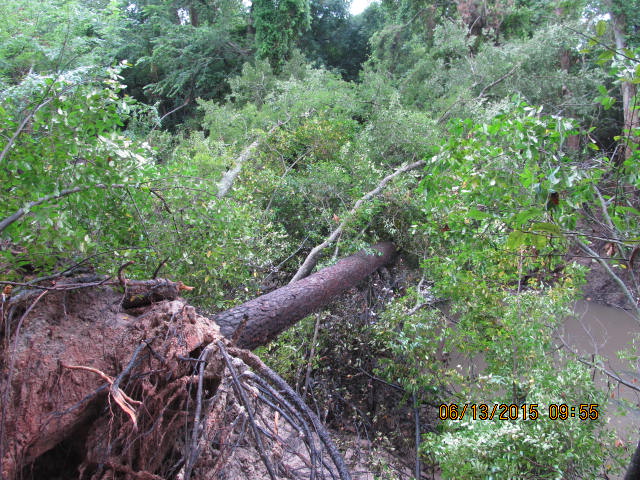