Dave Fehling did an outstanding job of reporting for the Houston Matters radio show on the Buffalo Bayou bulldozing project that aired last Wednesday, Oct. 8, 2014. (Segment starts at 18:35.) Fehling is Houston Public Media’s State Impact reporter for Energy and the Environment.

Most importantly Fehling recognized and addressed the main issue completely ignored by the project promoters: the importance of riparian forest, which is basically wetlands necessary for cleansing our waters, controlling erosion and flooding, and providing wildlife habitat. (Yes, in addition to clean water, we need hawks and dragonflies and alligator snapping turtles to survive. We are all linked in the chain of nature.)

This project would destroy most of the perfectly healthy riparian buffer along almost 1.5 miles of the last natural stretch of our 18,000 year-old Buffalo Bayou as it flows between Memorial Park and the Hogg Bird Sanctuary on the north and the golf course of the River Oaks Country Club on the south. (The club happens to be in the process of rebuilding its entire golf course.)

Two important points that we’d like to clarify and that are causing confusion in the public mind: 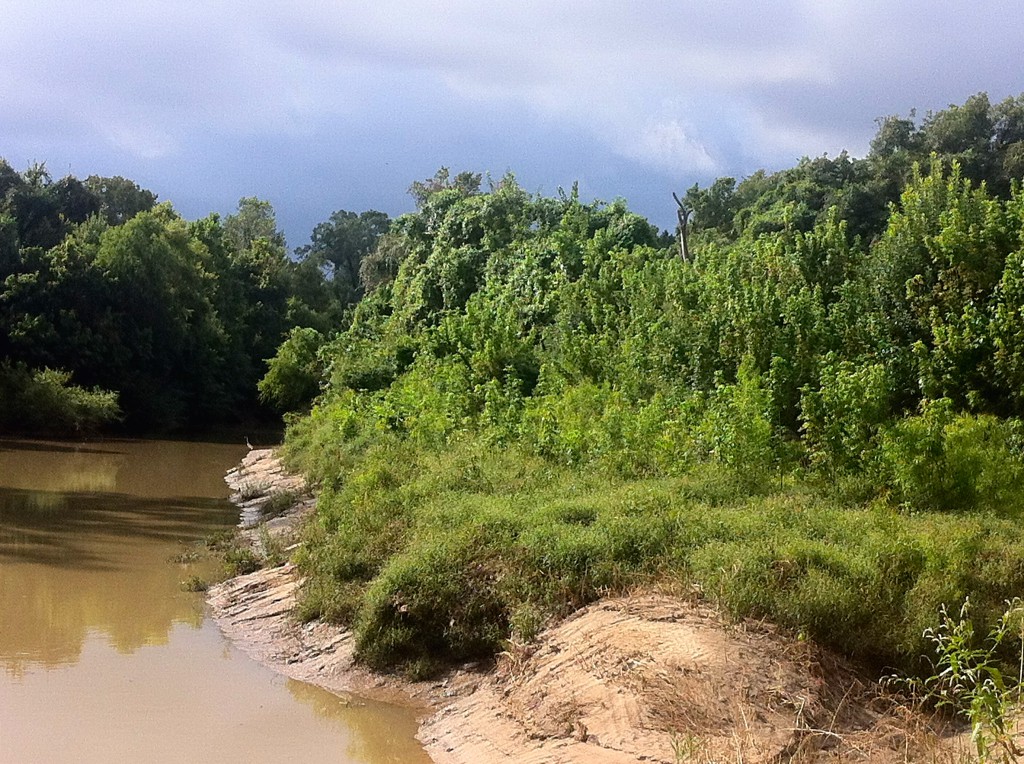